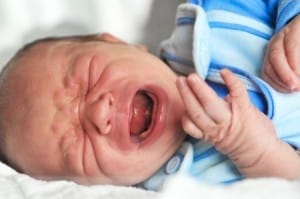 During pregnancy, a fetus is exposed to whatever a mother consumes. This includes everything from household and gardening chemicals to legal and illegal drugs. The latter seems to be creating quite a problem in one Tennessee hospital; even more concerning is the fact that it’s unlikely that this particular hospital is the only one dealing with the scores of drug-addicted newborns.

Neonatal nurse practitioner Carla Saunders told NBC News that, on any given day, she cares for two dozen newborns who are hooked on drugs. These infants claw at their own faces, writhe in pain, cry inconsolably, and are sensitive to even the slightest of touch, sound or light. They suffer from severe pain and stress, and they often have problems with diarrhea, which leaves their bottoms raw and bleeding.

“In general, they are crying 24/7. They are inconsolable,” Saunders, who staffs the 60-bed neonatal intensive care unit at East Tennessee Children’s Hospital in Knoxville, said.

The staff attempts to ease the pain of the infants suffering from neonatal abstinence syndrome (NAS) by swaddling them and rocking them in the dark, quiet room. Unfortunately, it takes about a week for some of these infants to get through their withdrawals, and in many cases, they still have to be dosed with morphine or methadone and then eased slowly off the drugs.

“It’s extremely labor intensive,” Saunders said. “These kids can be as labor-intensive as our most critically ill newborns.”

So just how big is this issue? According to Saunders, they have been “flooded” with infants suffering from NAS.

“They were just flooding us,” she said. “I thought, ‘Oh my God, this is just the tip of the iceberg. We’re going to have to take on the number one problem in the country.”

In a study published in the journal of American Medical Association, it was estimated that 13,539 babies were born with NAS in the United States in 2009 alone (about one every hour). The problem has since multiplied. In fact, drug overdoses have exceeded motor vehicle crashes as the leading cause of accidental death since 2009, and CDC officials have warned that this issue is increasing among women, with painkiller deaths increasing by five-fold between 1999 and 2010.

A new report from the Tennessee hospital – the only one currently reporting NAS cases to the CDC – indicates that the number of drug-addicted infants have continued to increase annually, going from 35 drug infants in 2008 to 115 in 2010, and 287 last year. And this year, the hospital has already seen even more cases than last year.

“At the current rate this epidemic is progressing, we are projecting more than 800 drug-dependent newborns by the end of this year,” Dr. John Dreyzehner, the commissioner for the Tennessee Department of Health told NBC News.

Dreyzehner also says that the suffering for these infants may not end at withdrawal.

“At best, it represents a significant amount of human suffering and, at worse, we’re concerned about might follow the child throughout life,” he said.

He says that stopping the problem is going to require that health officials find a way to stop pregnant women and women planning to become pregnant from using drugs (both those that are legal and illegal), and stop women already addicted from getting pregnant. In fact, the issue is completely preventable, but it’s not going to be an easy process.

Experts say that part of the problem is that many women may not even realize that they’re at risk. New data from Tennessee indicated that 42 percent of mothers of drug-dependent newborns only used substances prescribed by their doctors for legitimate reasons. Another 30 percent used illegal drugs, and about 20 percent used a mix of both.

What’s more, Saunders says that it’s easy to become addicted to prescription drugs. So easy, in fact, that it could happen to anyone. Even a short course of opiates could lead to addiction, she says.

“Any one of us is an accident away from being an addict,” she said.

State and federal regulators have started to crack down on prescription drugs, particularly those that are most likely to result in addiction, making it more difficult to obtain them and adding stronger labels to warnings. But that doesn’t really tackle the issue, Dreyzehner says.

“What’s critical is that this is an entirely preventable situation,” he said, adding that doctors and moms-to-be should be discussing the risks long before pregnancy ever occurs.