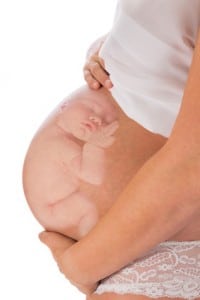 Bisphenol-A, or BPA, has been one of the hottest topics among forward-thinking health individuals, especially since animal studies have indicated that this chemical, typically used to make plastics, could be linked to everything from miscarriage to an increased risk of reproductive cancer. Unfortunately, there’s been very little evidence to indicate that these same effects would be seen in humans – until now.

New findings from Stanford University, which were presented at the American Society for Reproductive Medicine’s annual conference in Boston, suggest that high levels of exposure to BPA could dramatically increase the likelihood of miscarriage in women. In fact, of the 114 pregnant women analyzed by Stanford University, those with the highest concentrations found in their blood were 80 percent more likely to suffer a miscarriage than those that had low or normal levels of BPA in their systems.

A separate study from Boston also found that men who had high levels of BPA were 20 percent more likely to suffer from male infertility than those with normal or low levels. As such, both men and women who are trying to conceive are being warned to stay away from the chemical as much as possible.

“There are some simple things that people can do but it’s impossible to avoid it completely,” Dr. Ruth Lathi, reproductive endocrinologist at Stanford University, and lead author on the recent study told The Telegraph. “Avoid anything that involves cooking or warming food in plastic as the chemicals leak out of plastic materials at a higher rate at higher temperatures.”

“Avoid canned food, avoid cooking or heating plastic and then avoid unnecessary cash register receipts,” she said. “Those are simple things that don’t cost a lot of money and area easy to do.”

This information is almost vital to reducing the number of failed pregnancies in the world. In fact, experts believe that about 15 to 20 percent of all pregnancies end in miscarriage. Of course, not all of those may be linked to BPA exposure, but if it’s possible to reduce the risks, especially with very little cost, then it may help reduce those numbers.

“This is [an] important [study] because miscarriage is a very common occurrence and human exposure to BPA is nearl-ubiquitous,” Dr. Lathi said.

Still, not everyone is convinced that this study is the be-all, end-all to BPA and fertility. More research is needed, and those that participated in the studies had already experienced difficulties in conception or had a history of miscarriage. What’s more, the researchers are unsure as to why BPA had an impact on miscarriage rates, but not fertility rates in women, as it did in men.

The Miscarriage Association also stated that this study was entirely too small to draw any definite conclusions. However, earlier this year, the Royal College of Obstetricians and Gynecologists issued advice that pregnant women should “play it safe” and limit their exposure to BPA.

And Dr. Linda Giudice, ASRM President, says that this study suggests that the negative effects of BPA may be far more reaching than previously thought, and it is something that women and men should both take into consideration, especially if they are planning on having a child.

“These studies extend our observations to the general population and show that these chemicals are for concern to all of us,” Dr. Giudice told The Telegraph.

She says that one of the most common areas for concern regarding BPA exposure has to do with plastic water bottles, particularly those that have been allowed to get warm in the sun.

“Don’t leave your water bottles in the car in the sun,” she said. “Studies show that levels of BPA increase by about 1000-fold in the water of a bottle that has been sitting in the sun.”