Could you imagine going to the hospital with stomach pains and coming home with twins? That’s exactly what happened to this mom in England.

People UK tells us that: 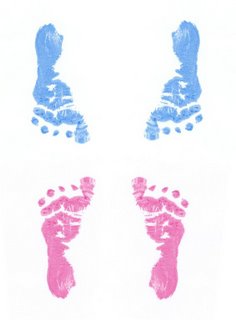 MUM Carley Coleman thought her tummy ache was down to a busy day caring for her year-old son Louis.

But the 20-year-old got the shock of her life when doctors told her she was eight months pregnant – and about to have TWINS.

And just hours later she gave birth to 5lb 4oz Lilly-Ella and 4lb 9oz Harry after an emergency Caesarian.

Carley said: “It was unbelievable. I had no idea I was pregnant, let alone expecting twins.

“I didn’t think I’d put on any weight as I was still wearing my size 12 and 14 clothes.

“And I didn’t have any of the sickness and symptoms I was plagued with when I had Louis.”

Hubby Paul, 35, from Eastbourne, added: “I was so shocked – but now we are thrilled.”

Docs are at a loss to say why Carley showed no signs of pregnancy.