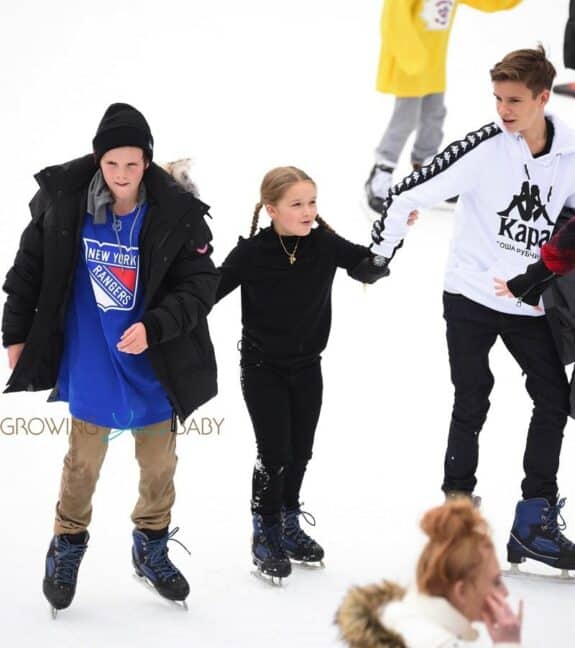 The trio was accompanied by a pair of nannies and a bodyguard who helped them around the rink. 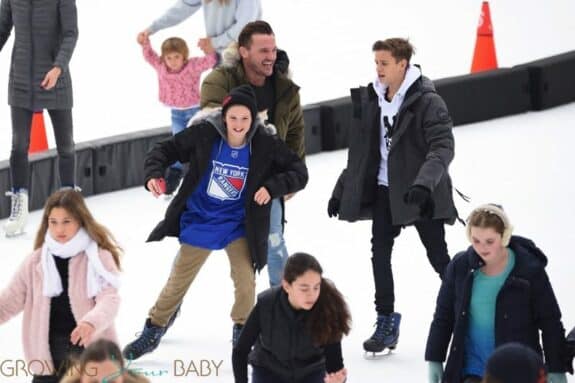 To stay warm in the Big Apple both Harper and Cruz wore Canada Goose jackets. Harper, the Britannia parka and Cruz the Eakin parka. 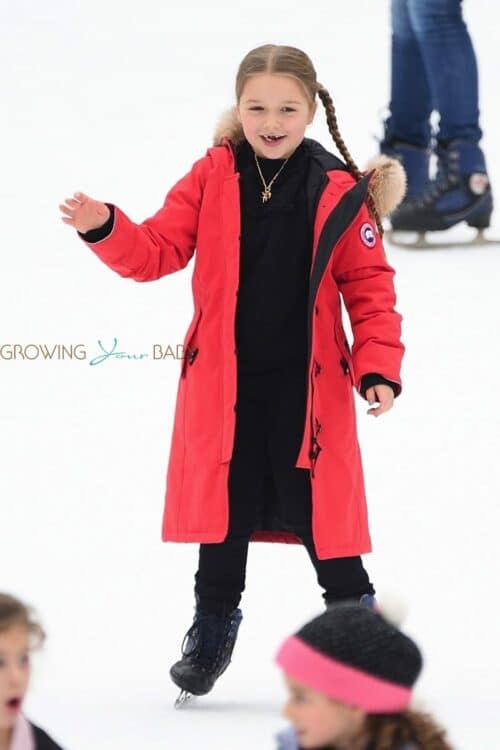 They were spotted along with dad, David, arriving at JFK Airport on Friday.  The former pro soccer player blended in with the crowd as he pushed the family’s luggage through the terminal with Harper riding on top. 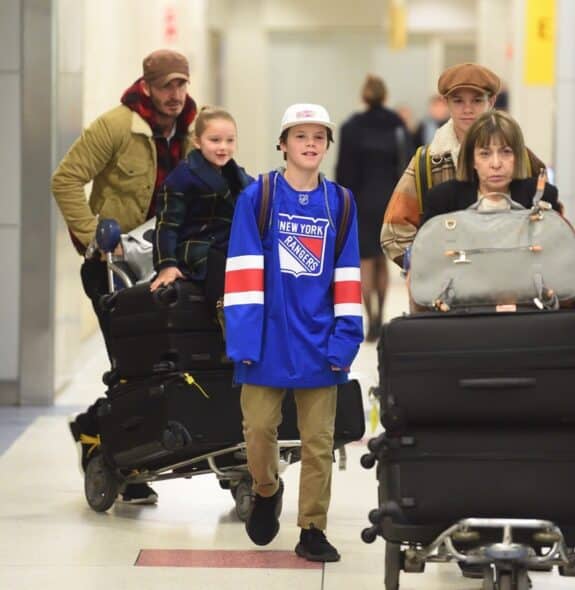 David sits front row at all of Victoria’s shows and brings the kids when their schedules allow.  Harper has been famously attending since she was very little – often sitting beside Vogue’s Editor-in-chief Anna Wintour. 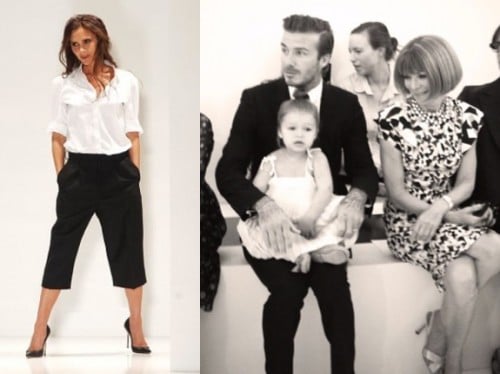