The Duke and Duchess of Cambridge, Kate and William were photographed arriving at the annual Commonwealth Observance at Westminster Abbey in London on Monday. 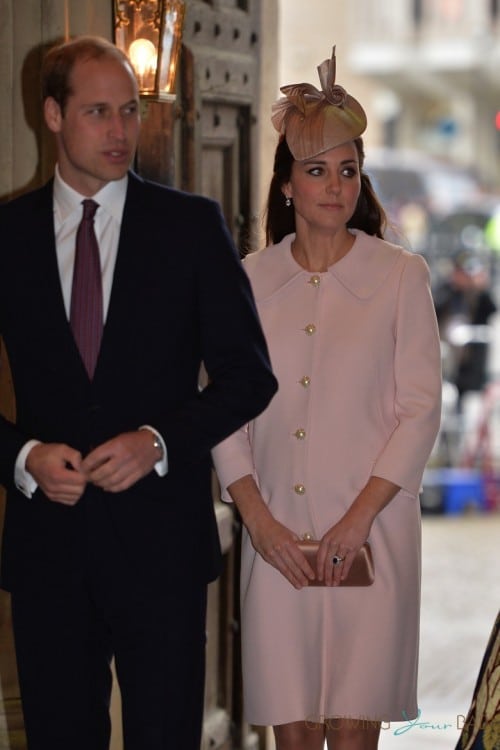 The couple joined the The Queen and the Duke of Edinburgh, the Prince of Wales, Duchess of Cornwall at the inter-denominational service held in Westminster Abbey. 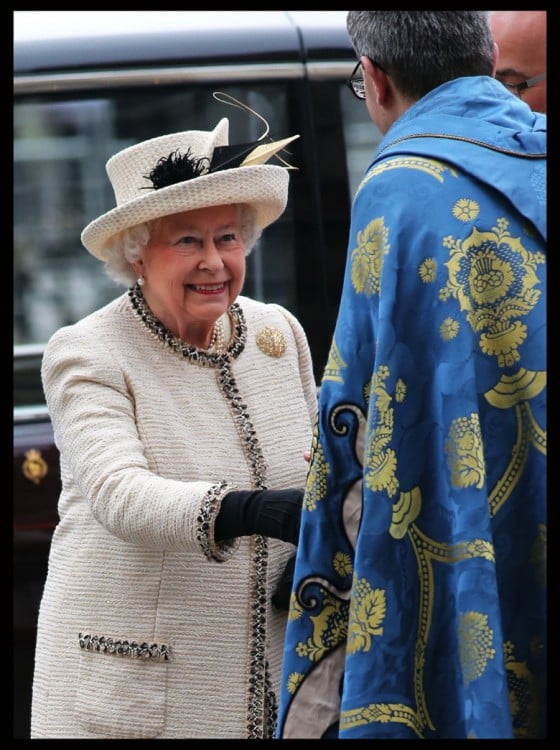 Commonwealth Day is celebrated across the Commonwealth by young people, schools, communities and civil society organisations on the second Monday in March every year. It provides an opportunity to promote understanding on global issues, international co-operation and the work of Commonwealth organisations.

“A Young Commonwealth recognises the capacity, contribution and potential of young people, who play a vital role at the heart of sustainable development and democracy,” said Commonwealth Secretary-General Kamalesh Sharma, after announcing this year’s theme.

Kate was pretty in a pink Alexander McQueen coat and shell pink hat by Jane Taylor. 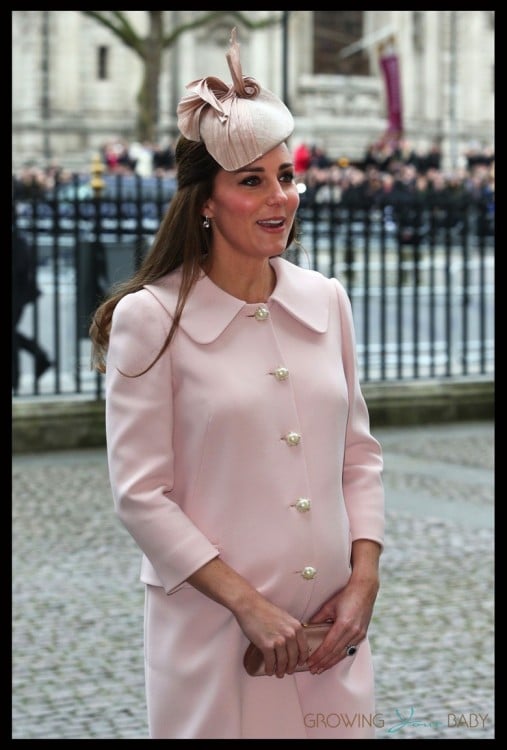 Now 34 weeks pregnant, Kate’s growing belly was only slightly visible under her jacket.

The Daily Mail reports that her parents have moved in with her, William and George at their Norfolk estate.  Last month the estate’s housekeepers Amy and Colin Wood left, leaving a void in the couple’s staff.

That help will definitely come in handy when the new baby arrives in April!