The Duke and Duchess of Cambridge,  visited two charitable projects on Friday in support of youth in South London.  William and Kate started their day off at the Stephen Lawrence Centre in Deptford, South London, before touring the XLP Arts Project at Christ Church in Gipsy Hill. 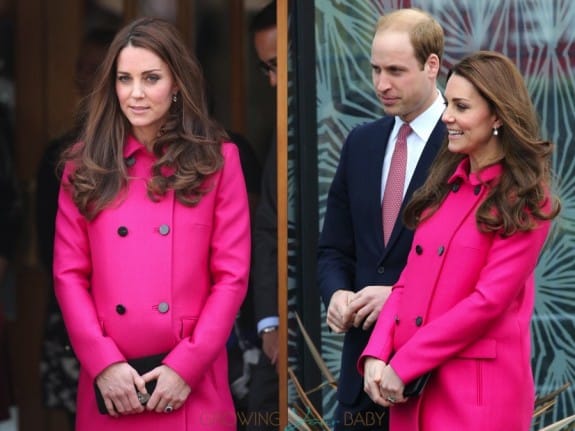 Once inside the pair, who are set to become parents for the second time very soon, watched musical performances in a South London church, by young people who have turned their lives around thanks to XLP’s work with disadvantaged children and teenagers.

Kate was beautiful in a fuschia Burberry Jacket with her hair down and curled.  This will be her last engagement before the new baby arrives. 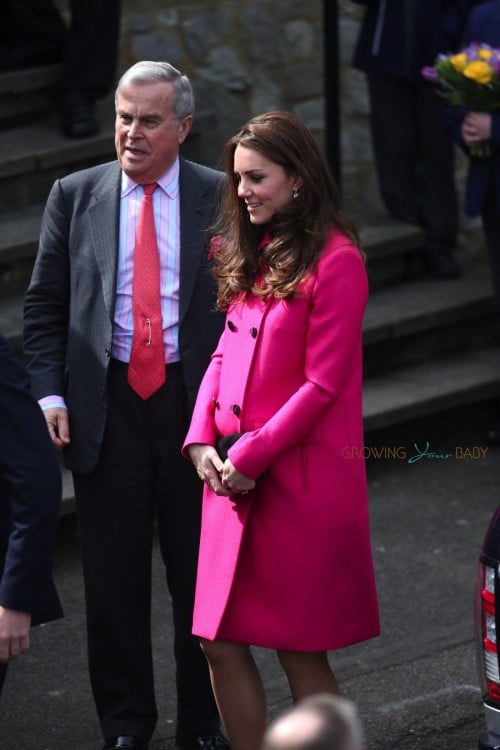 Kate is reportedly due to give birth mid- to late April, she said this month.  When the new baby arrives, they will join the couple’s son Prince George, was born in July 2013.