Home » The Kardashians Cool Off At The Beach!

In the Hamptons for the Summer, Kourtney and Khloe Kardashian hit the beach on Wednesday for some fun in the sun! 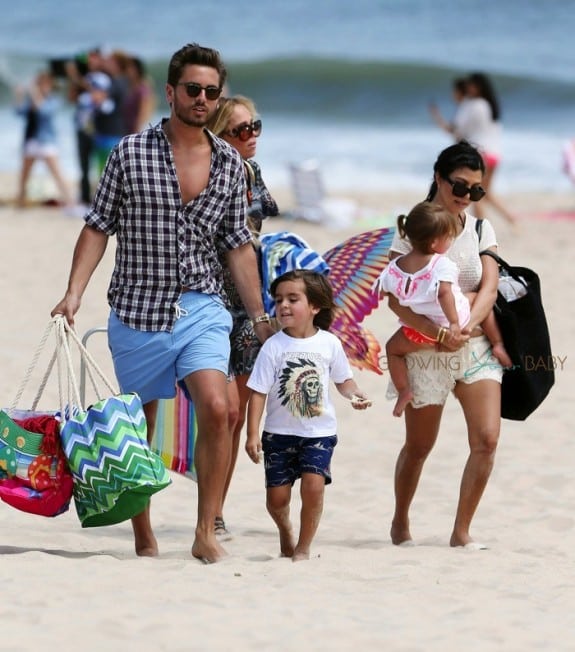 With cameras rolling the sisters were joined by Kourtney’s partner Scott, their children Mason and Penelope, as well as another couple, who also vacationed with them in Mexico earlier this year.

The outing comes just days after it was reported that Kourtney had kicked Scott out of their rented Hampton’s mansion for partying too much. The ‘drama’ however, may just scripted for their reality show.

“It is all about the storyline for the show, there is no fight. They just want to add to the drama for the show and they are running out of options,” a source revealed to Hollywood Life.

“The ‘fighting’ added with the baby coming around totally adds to the show and is a great side story. It’s all a part of the plan.”

It’s nice to see them all hanging out together – so don’t buy the cliff hangar when the show airs this Fall!