Home » The Royal Family Attends a Service of Commemoration For Troops

The Royal Family and British politicians were in attendance at a Service of Commemoration for the troops who were stationed in Afghanistan on Friday (March 13) in London, England. 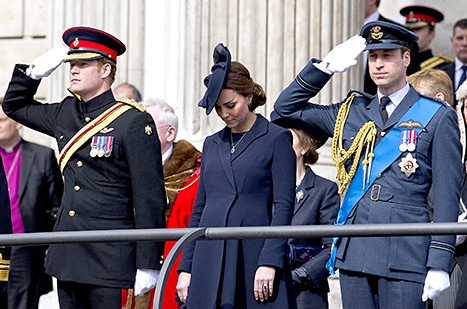 The Queen and The Duke of Edinburgh led the nation in remembering their sacrifices, and the efforts of others, and sat at the head of the congregation which included the Prime Minister David Cameron, The Prince of Wales and The Duchess of Cornwall, The Duke and Duchess of Cambridge, Prince Harry, The Duke of York, The Princess Royal, The Earl and Countess of Wessex, The Duke of Gloucester and The Duke of Kent, leading military figures and veterans. 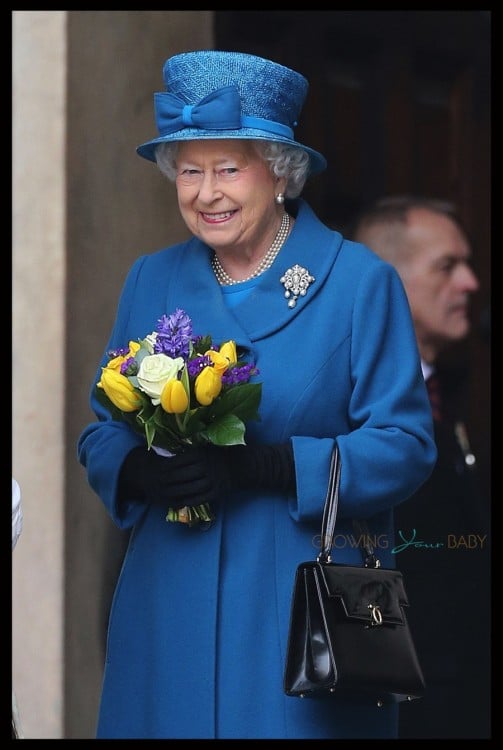 The ceremony marked the 4th appearance of the week for the Duchess, Kate Middleton. With just a couple weeks to go in her second pregnancy, she glowed in a navy Beulah “Chiara” wool coat, matching pumps and a navy tilted fascinator.  Her hair was pulled back in a elegant knotted side chignon that sat just above her neck.

Despite the somber mood of the day, Kate managed a smile as she left St. Paul’s Cathedral with her husband by her side. 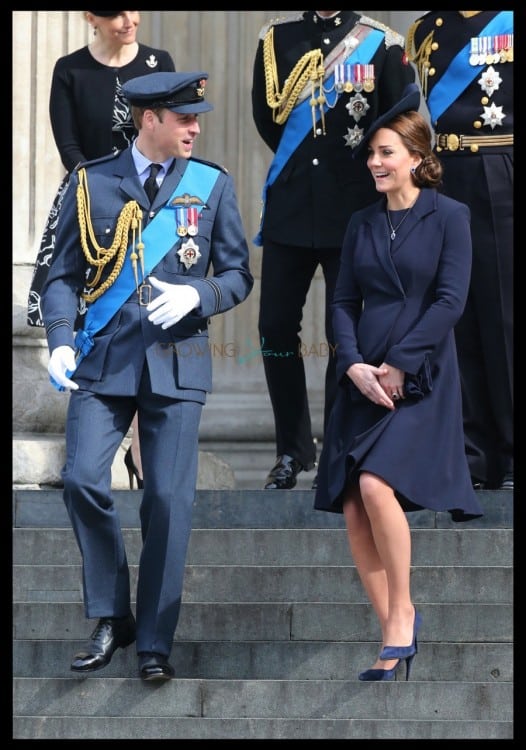 After the service a parade was staged through the City of London to the Guildhall where a reception was held for veterans and their families attended by the Senior Members of the Royal Family and Mr Cameron.