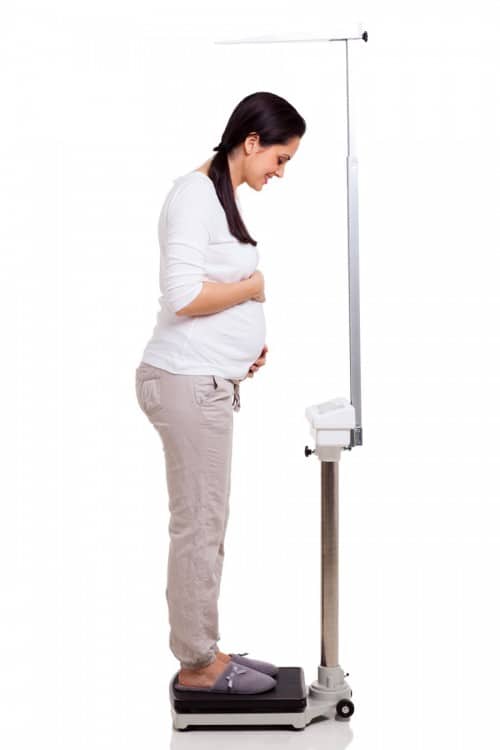 It’s the one thing that inevitably happens to all women during pregnancy, we gain weight. But a new study has found that almost half of all pregnant women gain more weight than is recommended by their physician.

Study co-author Andrea Sharma, an epidemiologist with the United States Centers for Disease Control and Prevention’s Maternal and Infant Health Branch said, “This is a concern because gaining too much weight has health consequences for both mothers and infants.” Dr. Karen Cooper, and obstetrician/gynecologist believes that some weight gain during pregnancy may be the result of misconceptions believed by pregnant women.

Dr. Cooper said, “Most women feel that pregnancy is the time when weight loss does not matter and it is an opportunity to eat as much as desired. Most believe the myth that the weight will be lost quickly and easily after delivery.” The new study is published in the April print issue of the journal Obstetrics & Gynecology.

Sharma, and her team examined information on over 44,000 women from 28 states who gave birth to one full-term child in 2010 or 2011. The women were classified based on their ratio of height to weight, also known as their body mass index. Typically, a BMI between 18.5 and 25 is considered to be of average weight. Anything below 18.5 is underweight, while anything between 25 to 30 is overweight, with anything past 30 being considered obese. The women with the greatest obesity had a BMI of 35 or more.

Women who were obese or overweight before getting pregnant were two to three times more likely to gain more weight than recommended. But the study also found that women with the most obesity were almost twice as likely to gain too little weight during their pregnancy. Other factors that contributed to how much weight was gained during pregnancy was health conditions, such as diabetes and nausea, race and ethnicity and level of education.

The experts and researchers aren’t sure why women struggle to stay within the weight range guidelines during pregnancy, however Dr. Megan Lutz, an obstetrician/gynecologist at the Cleveland Clinic believes that several possible factors may be the culprit. Dr. Lutz said, “Women probably don’t know what risk factors they may have at the start of pregnancy which put them at risk for excessive or inadequate weight gain in pregnancy. Women many not know dietary or exercise recommendations to succeed in pregnancy.”

Dr. Cooper also said that women who do not lose the weight gained after giving birth puts them at a higher risk of being heavier during their next pregnancy, as well as risk factors for their infants, as well.

Sharma added, “Women should talk with their doctor about their weight gain goals, strive to maintain a healthy lifestyle and remember pregnancy is not eating for two.”