Home » The Wahlbergs Make A Splash in Miami!

Mark Wahlberg and his family enjoyed their Easter holiday weekend playing at the beach in Miami. 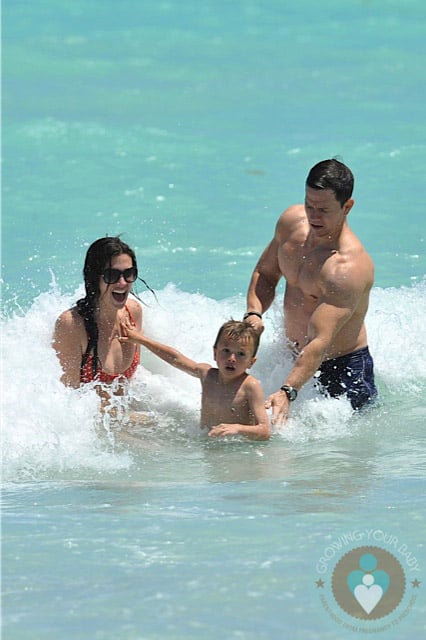 The family is in Florida while Mark films the Michael Bay action flick ‘Pain and Gain’. Over the last week the actor has been photographed jumping off roofs and filming stunt scenes with Dwayne ‘The Rock’ Johnson.

Taking some much earned time off for the holiday weekend, the family played in the ocean and built sandcastles in the sand.

Mark showed off his incredible physique while wave jumping with his son Michael.  For the new movie he plays a bodybuilder and it appears he has done a great job getting into character.