As many families celebrated Thanksgiving on Thursday, one mother was making the heartbreaking choice to surrender her newborn to authorities. 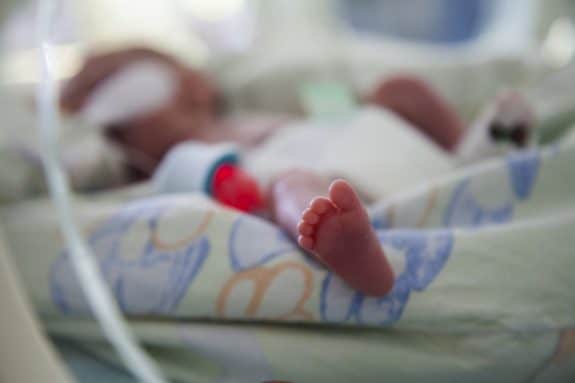 Police told new outlets, a 3-pound, 13-ounce newborn baby was dropped off at the Wantagh Fire Department headquarters in the Nassau County just before 11:45 a.m. on Thanksgiving.

Children of Hope Safe Haven Foundation officials say the mother contacted them Wednesday. She was given options, and then had the baby on Thursday.

“I was definitely a little taken aback because we had never dealt with this before,” Wantagh Fire Department, Assistant Chief, Joe Gross said.

“They just asked, will everything be alright with the baby, and we said yes it will. Wanted to reassure them,” He added.

Just hours old, officials say the baby was playful and healthy when she arrived.  Named Baby Hope, the tiny preemie is thought to have been one to three weeks early.

Because she followed the regulations outlined by the state’s safe haven laws, she won’t face any charges.

“It has to be the most single difficult decision a pregnant mother has to make – to say I can’t take care of this child and I want someone else to do it,” said Scott Cohen, of the AMT Children of Hope Foundation.

The baby girl is now being monitored at an area hospital, where she’ll remain until she weighs more than 4 pounds.