Gisele Bundchen and husband Tom Brady were photographed leaving a service at the Church of St Thomas in New York City with their kids Benjamin Brady and Vivian Brady on Friday afternoon. 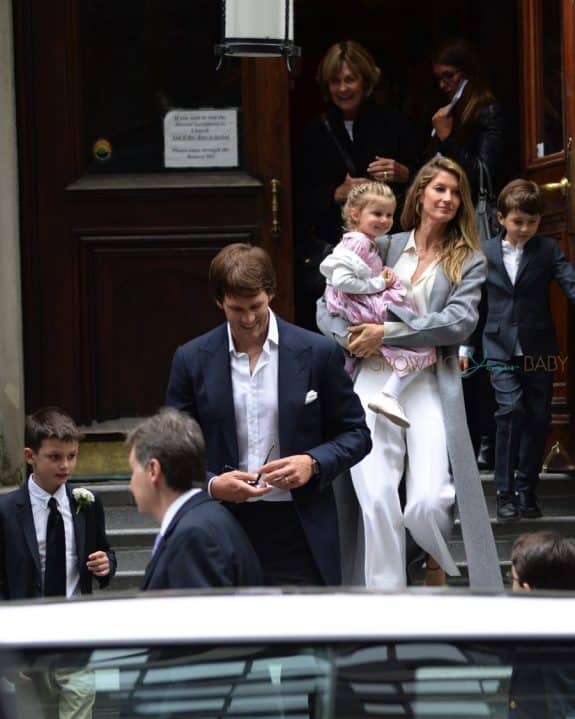 On their way out Gisele carried her little lady on her hip, while keeping Ben close. 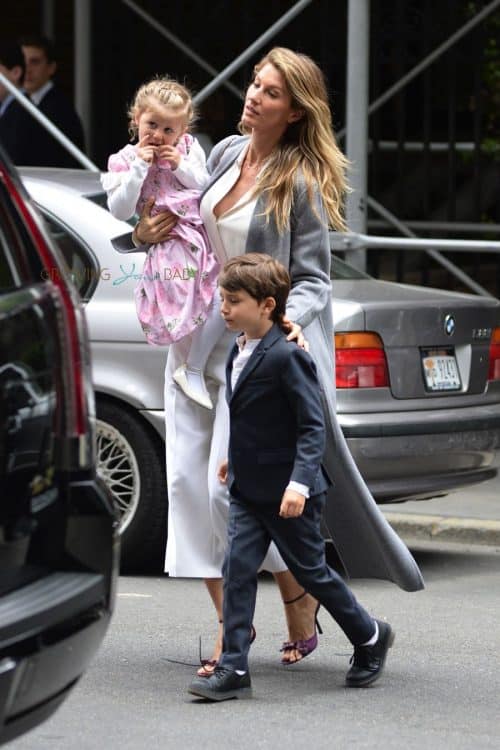 On the way in Vivian ran along the sidewalk with her dad following close behind. 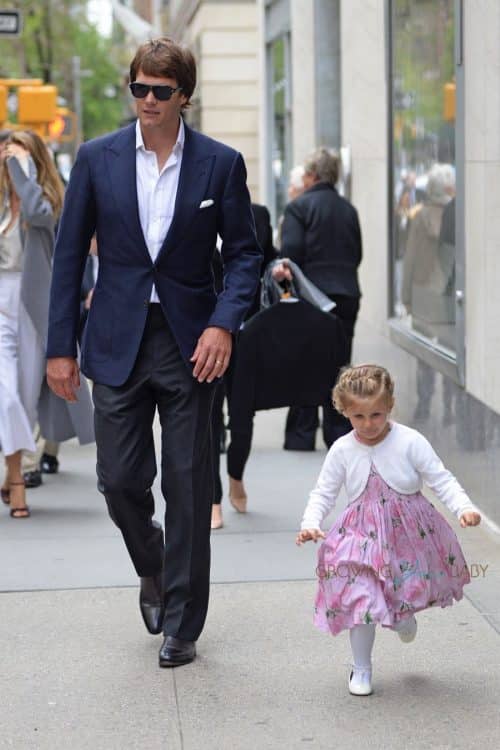 The outing comes as it has been reported that Tom has added new lawyers to his team following Monday’s U.S. Court of Appeals for the Second Circuit reinstating his four-game ‘Deflategate’ suspension.

If the suspensions sticks, fans won’t see Brady on the field until the 9th of October.