Often when we hear of a big baby’s birth we marvel at their size and the new mom’s champion status for delivering such a large child. But the arrival of one 13-pound baby left both the mom and baby with significant medical issues and now the family is seeking $1.4 million in damages. 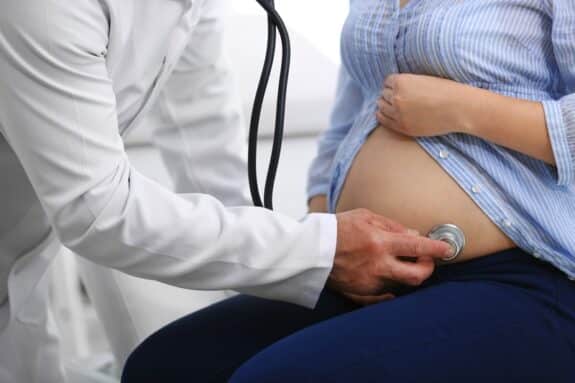 Quebec mom Anik Bourbeau and her partner Pascal Lessard are taking legal action against her doctors after she delivered her 13-pound naturally in what court documents describe as a “traumatic and chaotic” childbirth in 2010.

The lawsuit alleges the baby was born with a permanently paralyzed arm and the mother was left with significant tearing after doctors failed to evaluate the size of the baby and recommend a caesarean section.

The baby’s birth “took place in the context of a traumatic and chaotic birth that caused numerous damages to the plaintiffs, notably a permanent paralysis to the 1/8baby’s 3/8 right arm,” CTV News reports.

The amount claimed includes general damages, loss of income for both parents as well as future medical costs for the child.

The lawsuit, which will be heard in Quebec Superior Court in 2018, lists five of Bourbeau’s doctors and a hospital in Shawinigan, Que.