Home » Twin Babies Run Down In Their Stroller By Drunk Driver

A pair of one-year-old twins are expected to be okay after the stroller they were riding in was mowed down by a drunk driver in the city of Sevastopol in Crimea earlier this week. 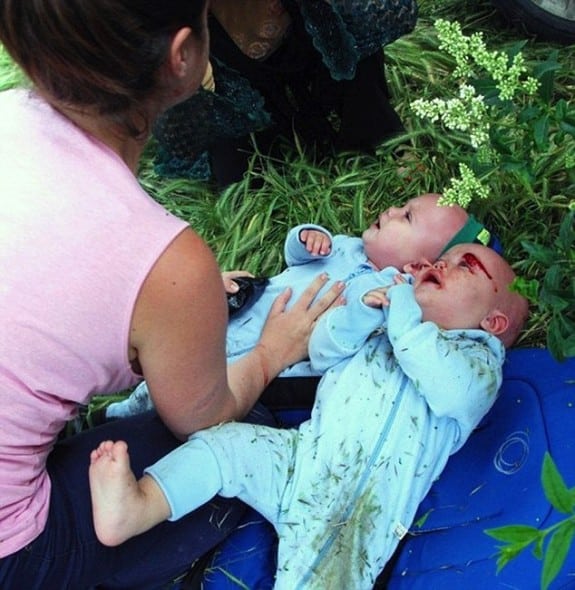 The babies were being pushed through the park in their stroller when an out-of-control car came hurtling towards them, sending the toddlers flying to the ground and the stroller spinning through the air.

What was even more terrifying was that after the crash one of the babies landed behind the back wheel of the car and was almost killed when the driver started to reverse.  The distraught mother’s screams caused the man to stop and she was able to rescue her baby before any more damage was done. 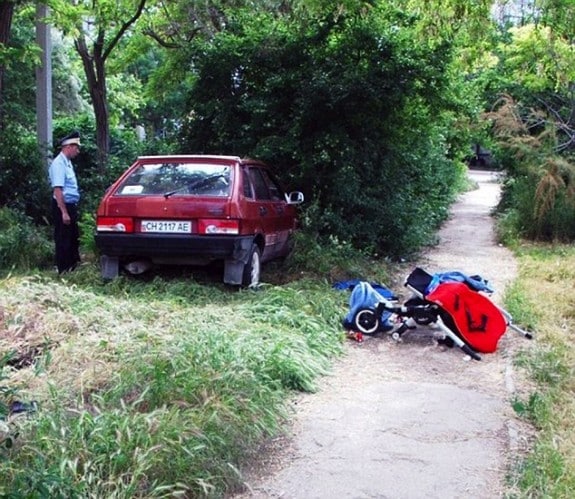 Marina Matveeva, 54, who had been passing through the park recalled the incident, ‘I was going for a walk when I saw this car suddenly go onto the grass and head towards the mum and her children.

‘When it hit them, the stroller went spinning through the air and one of the babies landed very near to the car’s rear wheel. The driver was about to reverse, but the mother screamed so loudly he stopped.

‘If he hadn’t [stopped] he would have surely crushed the baby. She threw her body over theirs to protect them.’

When Police arrived they found mother sobbing over the twins and the drunk still sitting behind the wheel.  A breathalyzer found he was ten times over the legal alcohol limit.

He faces charges of drinking and driving as well as endangering the lives of others.