Every year a cheeky set of twins manages to be born in two separate years.  A great way to end and begin the year, an Ontario mom made news this morning when she welcomed her fraternal twins at Credit Valley Hospital in the last minutes of 2013 and the first few seconds of 2014!

New mom Lindsay Salgueiro said “crazy” is the only word to best describe the unusual situation. 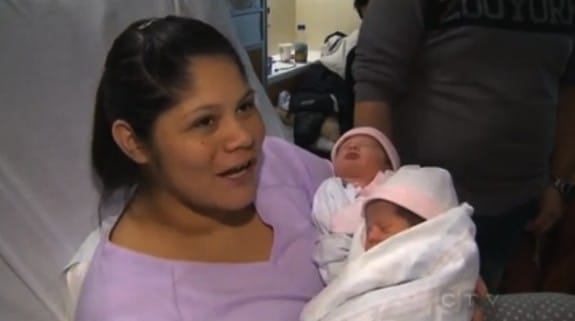 Her sister Sophia was delivered 38 seconds after midnight and she weighed five pounds and 15 ounces.

“We were trying to have Sophia come out as well for the same year and date but she got a little bit stubborn and she didn’t want to come out”, Lindsay told CP24 in a phone interview.

Doctors say she was not in the right position.

In the few minutes it took them to orient the baby to be delivered, the clock ticked past midnight and Sophia entered the world in 2014.

“It’s also exciting … especially knowing that one finished the year and one started the year.

“Our New Year’s is never going to be the same now.”

Clearly incredible timing, the move will likely cause issues in 4 years time when one goes off to kindergarten and the other has to stay home for an additional year. 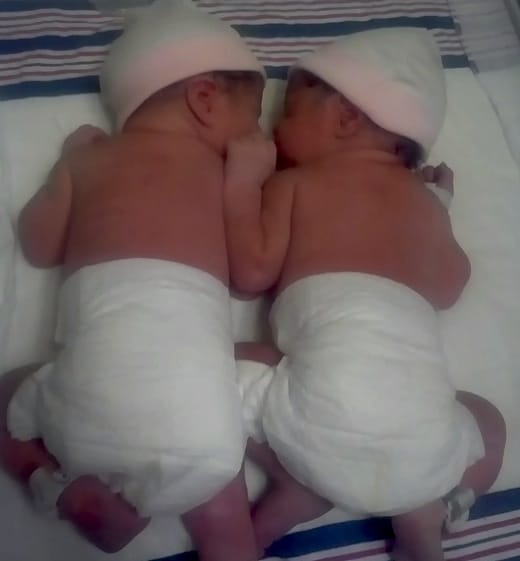 When they are released home the twins will join their big brothers, who are both under the age of six.  While 2014 is an exciting year for the family, it sounds like it will also be a busy one!