Home » Will The Shaky Economy Put Your Baby Plans On Hold? 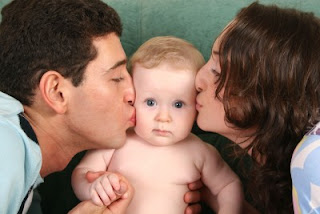 Even though the birth rate was up last year, rising job cuts and home foreclosures, are expected to put plans for a baby on hold.

It has been found that birth rates do tend to drop in times of economic uncertainty. There was a dramatic decline in fertility rates following the Great Depression in the 1930s, when, for the first time in U.S. history, women went from having an average of three children the previous decade to two.

In each year after the country’s last four recessions, general fertility rates — calculated as the number of women of child-bearing age per thousand who gave birth — dipped slightly. For example, in the year following the 1973-1975 recession, fertility rates dropped from 68.8 in 1973 to 65 in 1976, according to data from the National Center for Health Statistics, part of the Centers for Disease Control and Prevention. Similarly, following the 1980-1982 recession, the fertility rate fell from 68.4 in 1980 to 65.7 in 1983.

MSN reports that some OB’s are reporting a decrease in newly pregnant patients and an increase in requests for birth control, with many patients telling their doctors that now is not the right time to start a family.

Dr. Randy Fink, a gynecologist in Miami, says he is also seeing a “drastic increase” in the number of women now asking about birth control. “I’m hearing several times a day that ‘now isn’t the right time,’ or even outright ‘we can’t afford to have a baby now,’” says Fink.

Regardless of when you have them there is no doubt that kids are expensive.

According to “Expenditures on Children by Families,” an annual report put out by the U.S. Department of Agriculture, a middle-class family making more than $77,100 will spend nearly $300,000 raising a child from birth to age 17 — and that doesn’t even take into account college tuition or inflation.

What do you think?