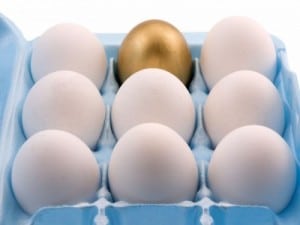 In a given month the chances of conception are low for a healthy women but that the mother’s blood type could also decrease or increase her chances of having a baby is not what was known till now. Recently a study in US has shown that women who have a blood type O have lesser number of eggs and poor egg qualities than others, making conception more difficult for them.

Led by Dr Edward Nejat, of the department of obstetrics and gynecology at the Albert Einstein College of Medicine in New York, the study looked at 560 women whose average age was just under 35 and who were having fertility treatments at Yale University IVF program and the Montefiore Institute in New York.

It was found that women who had a blood type O had a higher level of “follicle stimulating hormone” (FSH) than those with type A. This hormone, according to fertility experts, is produced in the body to stimulate the follicles in the ovaries and ask them to produce more eggs. The higher percentage of this hormone thus indicates that the body has low number of eggs.

Usually in women aged between 30 and 40 when the eggs have reduced, the FSH is higher to stimulate the ovaries to produce more eggs. The researchers found that women with blood type O had an FSH level mostly higher than the threshold level of 10. This was higher than any other blood type.

Women with blood type A had antigen A, a protein on the cell surface that prevented them from FSH effect and they usually had the higher number of eggs in their ovaries.

The study revealed that women with blood type O usually have less and poor quality eggs while those with Blood Type A would have healthier and more eggs than others.

These findings could help women with blood type O be advised to make pregnancy plans earlier instead of relying on fertility treatments.

But experts believe more has to be done in the field especially taking into consideration the general population and not just women with fertility problems.

Said Susan Seenan, of Infertility Network UK, “Anything that might help couples avoid having fertility treatment has got to be good news. – Atula, Staff Writer