In Fargo, North Dakota, Eric Whitehill is a storm chaser. Ironically, a storm that has nothing to do with the local weather found him four years ago. But unlike most storms, this one has a happy ending. 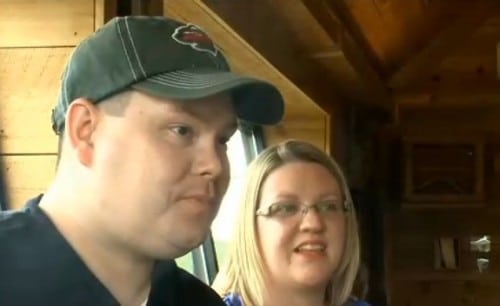 Eric’s wife, Carrie Whitehill was pregnant with their first child. Everything seemed to be going well until, at 25 weeks gestation, the couple found themselves at the hospital.

“The pregnancy itself actually, I never would have guessed that we were having a problem,” Carrie told Valley News Live.

But there was a problem, one that would shortly result in the birth of their son, Jonathon.

“It was really all about Jonathon at the time, and how I could lay in the hospital bed to make him more comfortable,” Carrie said.

Born at just 10.9 ounces, little Jonathon was smaller than most micropreemies. In fact, at the time, he was the smallest baby boy ever to survive a premature birth. 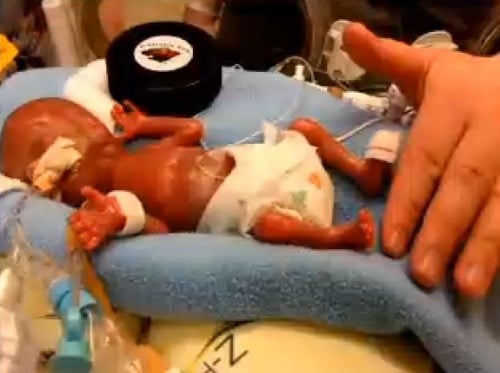 Feet the size of quarters and body about the size of a hockey puck, Eric and Carrie’s wedding rings would fit around little Jonathon’s tiny arms.

“They didn’t’ even have diapers that would fit him,” Eric said. “They used cotton balls and even those were too big.”

Over the next five months, Jonathon would suffer from a broken leg and a blood staph infection. He only spent 17 days on a ventilator but needed 32 blood transfusions. With his size and the number of complications, doctors only gave him a one percent chance of survival. But it was that one percent that helped push the Whitehills through as they stayed by their son’s side, hoping and waiting for a miracle. 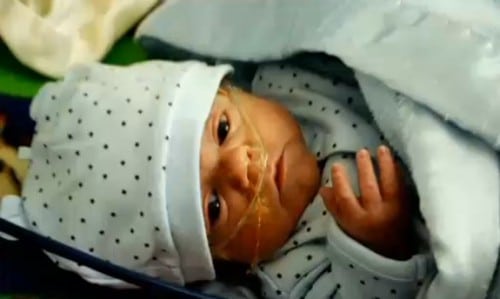 That hope, along with some very brave baby steps, brought Jonathon through. And eventually, the Whitehills were taking their son home for the first time.

“I was ecstatic. We were happy. It was pretty neat driving home knowing that he was in the car with us,” Eric said.

Now, Jonathon is a happy and healthy four-year-old boy, spending his summer afternoons at the zoo. 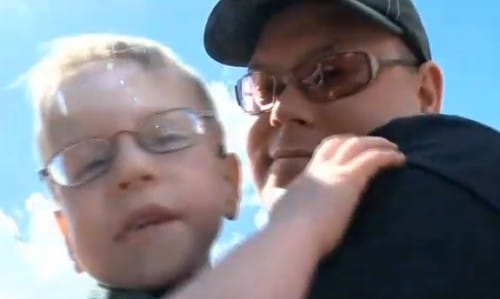 Healthy enough to start preschool this year, he still has to visit the doctor more often than most children his age, but his parents don’t mind in the least. They braved against the storm and have come out on the other side with the family they’ve always wanted.