Parents of an eleven month-old from India are coming under fire after sending their daughter on a solo para-sailing trip last Wednesday. The toddler, Niya Nisam loudly protested the situation by screaming and crying, but still her parents pressed on, forcing the child to go through with the ordeal. She was sent one hundred feet up into the air at Muzhappilangad beach, in India. 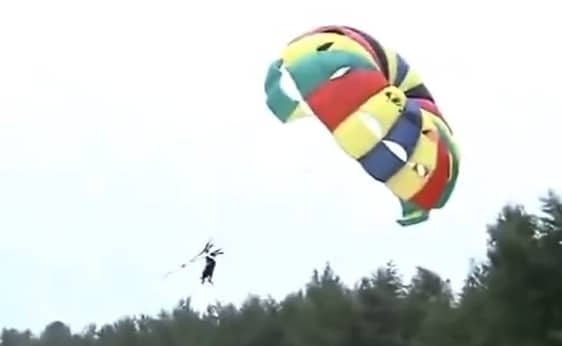 Mere hours after the incident took place, P.N. Unnirajan, who was in attendance of the event, said that he will register a case under the Juvenile Justice Act against the child’s parents. Unnirajan says that he was under the impression that the child would be accompanied by one of her parents, which is why he had agreed to flag off the event in the first place. 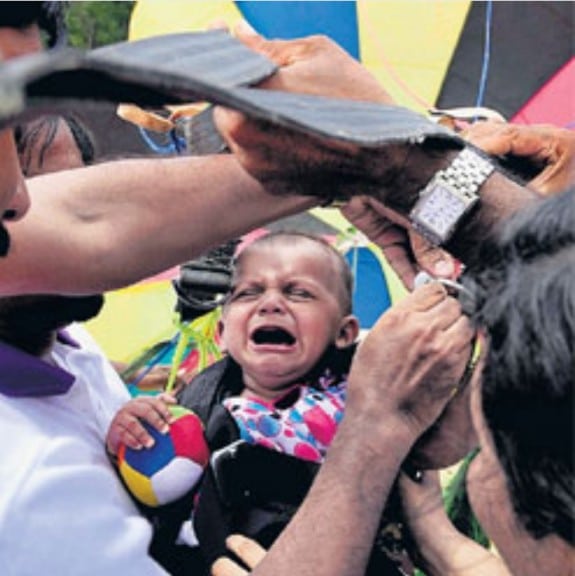 The event itself was organized by Malabar Aero Sports Society (MASS), which is a tourism and adventure sports organization. The girl is the granddaughter of the organization’s general secretary, Safar Ahmed. MASS explains that the event was organized and aimed at promoting para-sailing. The company says that the infant had received “proper training.” However, pediatrician Dr. Sachidananda Kamath does not agree with that argument, saying,

“It’s not age-appropriate learning. An 11-month-old cannot learn para-sailing just like that.”

The district tourism promotion council is the licensing authority for events such as this one. They argue that the para-sailing event had taken place without permission from them. However, DTPC secretary Saji Varghese says that later on, the council had received a letter from the organizers of the event, apologizing for holding the event without their permission. However, Safar Ahmed of MASS argues that the event was not “a commercial one,” thus there was no need for a license of any kind. Ahmed says,

“We had sent a letter by post to the authorities concerned, intimating them about the event. They letter might have got delayed, leading to the confusion. So we handed over the letter again to the district collector and the DTPC, thus solving the issue.”

Ahmed doesn’t believe that anything wrong was done, saying, “There is no prescribed age limit for this event in India. Further, the parents of the little girl had given their consent and signed the indemnity bond.” He explains that the child’s mother, Safreena Nisam, who is currently training to become a commercial airline pilot, had been para-sailing by herself since the age of eight in 1995. He believes that the infant is the youngest para-sailor ever, saying “Probably Niya is the youngest solo para-sailor in the country. It was sad that our bold, successful move was misinterpreted.” Ahmed also added that all proper security measures were taken, including a rescue van.

Currently, the state child rights panel and the Edakkad police have registered a case. Special officer of the Adventure Sports Academy Praneetha P says that the girl’s trip was within a breach of rules, adding,

“According to the ministry of tourism guidelines, the age limit for water sports is 14 years, and for float trips this can be brought down to 10 years. Since the same rules can be applied to aero sports too, this is illegal.”