For the second time in two weeks a mom for Australia has welcomed a 13lb baby – naturally.   And while many of these babies hold records at their birth hospitals, the yet to be named baby, was a HOMEBIRTH! 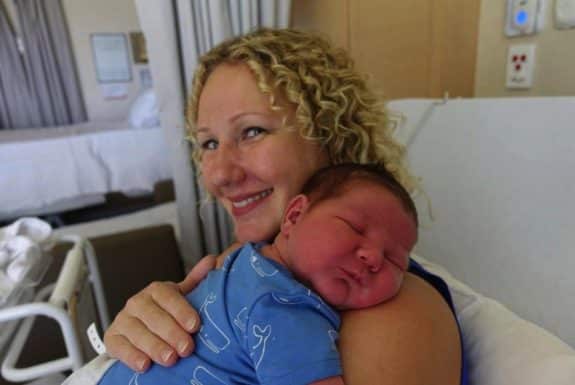 When Nina Tassell’s water broke at 9am, her husband started preparing to drive her to the local hospital.

When they realized she wasn’t going to make it Adam called an ambulance.

The dad-to-be  has a bit of experience with childbirth.  He delivered the couple’s first child in the front seat of their car on the way to the hospital 3 years ago.

Nina told The West Australian: “She said I could either have the baby in the car on the way or have it at home, so I thought, ‘well, I’ve had a baby in a car before so it’s best to have this one at home’.

“I got down on the mat in the foyer near the front door but I was pretty nervous because I knew I was in their hands if anything went wrong.

Sonya, her sister, was on the phone getting advice (from the paramedics) while Adam handled the delivery and told her when to push.

“Once the baby was born and started breathing I relaxed a bit, but we were all pretty glad to see the ambulance arrive a few minutes later.”

The baby’s head got stuck coming out but, after Nina changed position, ‘the rest of him came out beautifully’, Adam told the media.

Adding, “He made a few coughing noises and we knew he was OK.”

Once at the hospital, the baby weighed nearly double the average baby and was 59cm long. 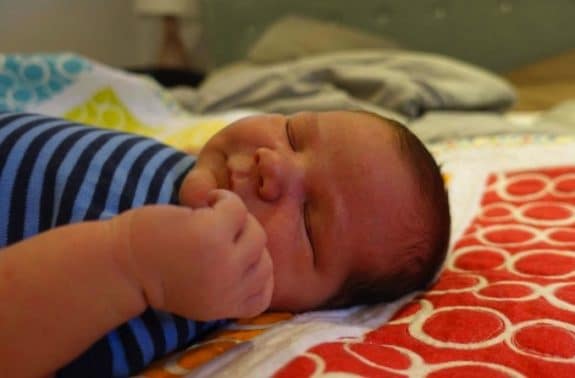 Obstetrician Michael Gannon joked: “That is an extremely big baby, and I’m glad it wasn’t me having to deliver it.

“Well done to the dad for doing so well, and also great effort from the mum.”