Out of tragedy comes hope. One woman brought some joy to Chennai, India, after she was airlifted to a local hospital and delivered healthy twins. In early November, Chennai was hit with extreme rains and flooding occurred, displacing thousands of people from their homes and jobs. Residents had to be rescued by the Indian Air Force. 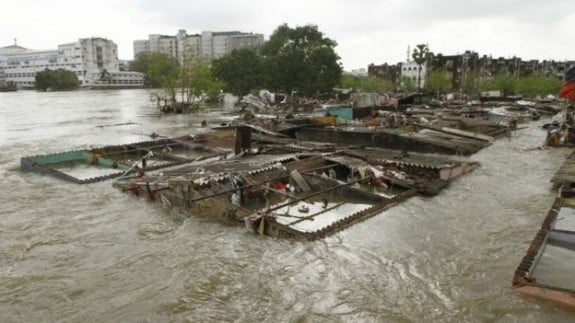 Deepthy Velchamy was 9 months pregnant when she was rescued by the IAF on Wednesday December 2. Initially, she was evacuated, along with other residents and brought to the Tamabaram Air Base, which served as a halfway point between towns and flooded areas. She then had to be airlifted once more, two days later to the local hospital to deliver her twin girls.

The 28-year-old had gone into labour, however, her pregnancy history records had been lost in all of the flooding. It was a race against the clock until the IAF came to their aid once more and transported her to the hospital. Velchamy’s husband, Karthik said, “She suggested (Sri) Ramachandra Medical College and Hospital as it had her details on an online database…and an IAF team then airlifted her there. I am so happy that after all the hardships we went through, our daughters have arrived like angels and brought smile on everyone’s faces.” 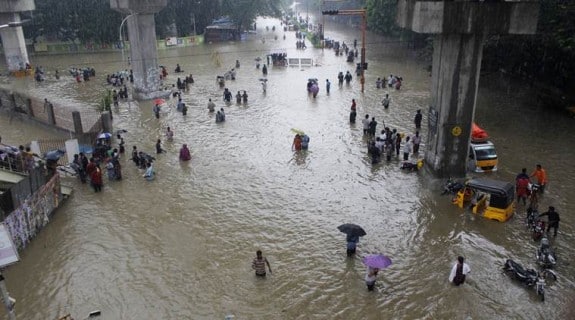 Karthik said, “She was rescued on December 2 and was nine months pregnant. I was in Bangalore when I received a call and reached Tambaram the next day. She then went in labour and had to be airlifted again to a hospital in Chennai. The two girls were born on December 4.” The IAF had become an incredible resource in the whole rescue mission, even helping out other expecting moms.

A senior IAF official said, “Besides Deepthi, who was airlifted from her house’s rooftop in Guindy area, by a “Cheetah” helicopter, three-four other pregnant women were also rescued from the city and suburban areas, where communication links were cut off.”

Another expectant mom, Sukanya, seven months pregnant was rescued on December 3, along with her toddler from their home. She was taken to Tambaran Air Base and then transported to the Base Hospital. She said, “We moved to the fourth floor of our house as the first and second floor had become inundated. There was no electricity in our area for the last two days. We had lost all hope until they rescued us.”

A top IAF official said, “Rescuing is a tough job and when I heard our boys (pilots) are airlifting seven and nine-month pregnant women, I asked my colleagues, how are they doing it.”

One thing is for sure, though. Karthik Velchamy, emotionally overwhelmed, has a newfound respect for the IAF, saying, “I salute these brave men.”