A pregnant Sophie Turner and her husband Joe Jonas were photographed out for a walk in Beverly Hills on Saturday, March 26, 2022. 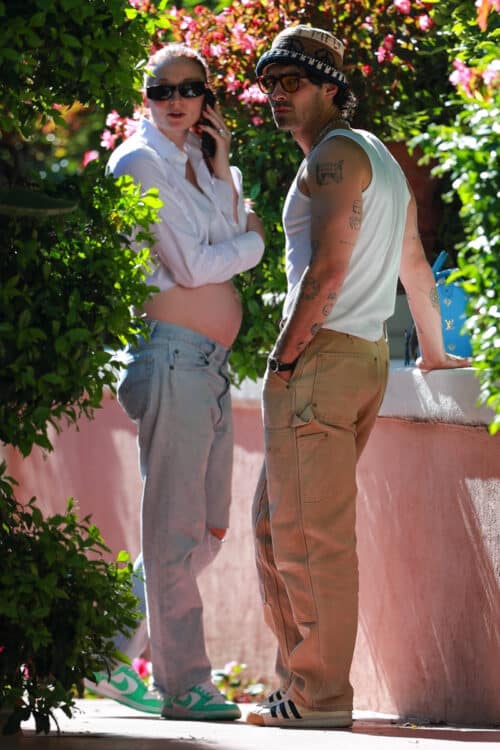 The second time mom-to-be showed off her growing baby belly in a white crop top which she paired with jeans and nike sneakers. 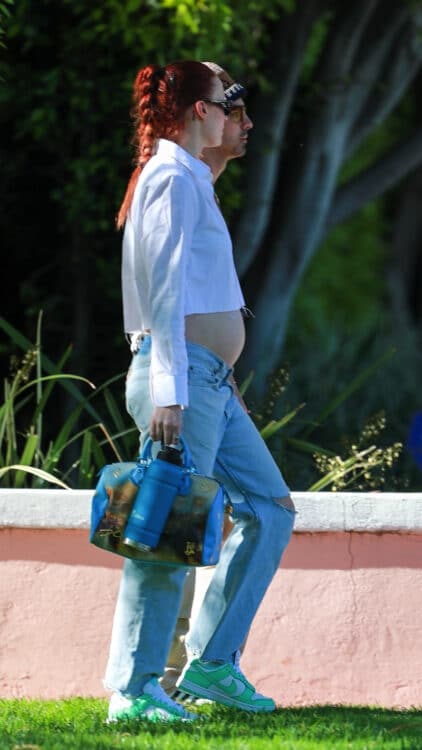 The jet setting couple was photographed leaving their hotel in NYC on Wednesday with their daughter Willa. 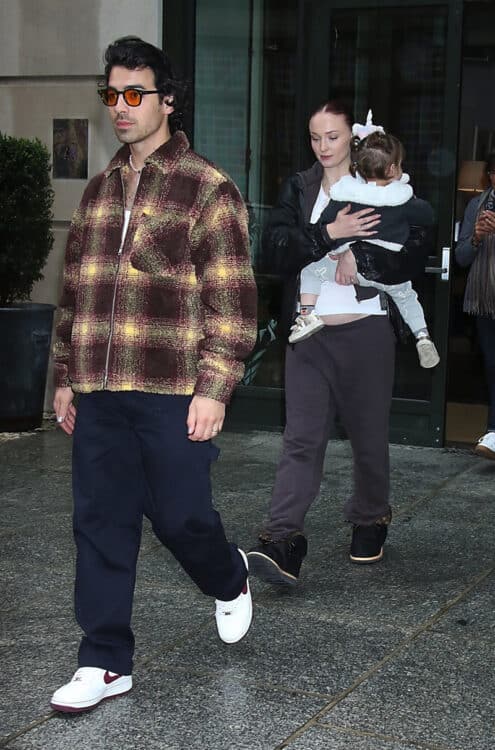 The outing appeared to confirm rumors they are expecting their second child. 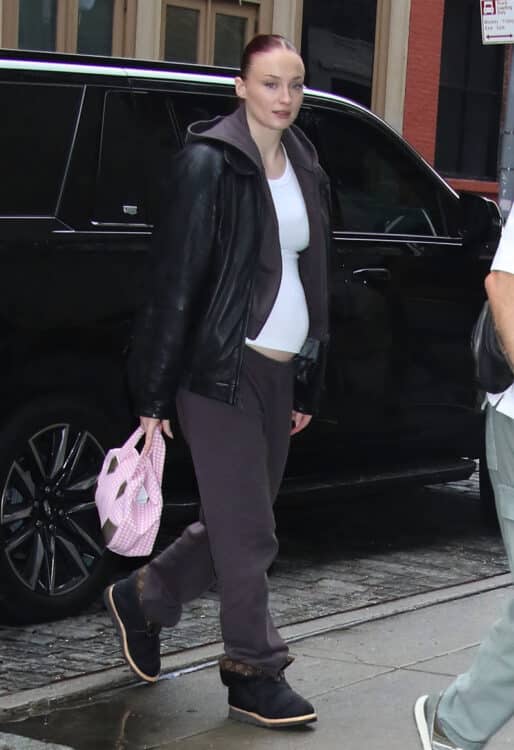 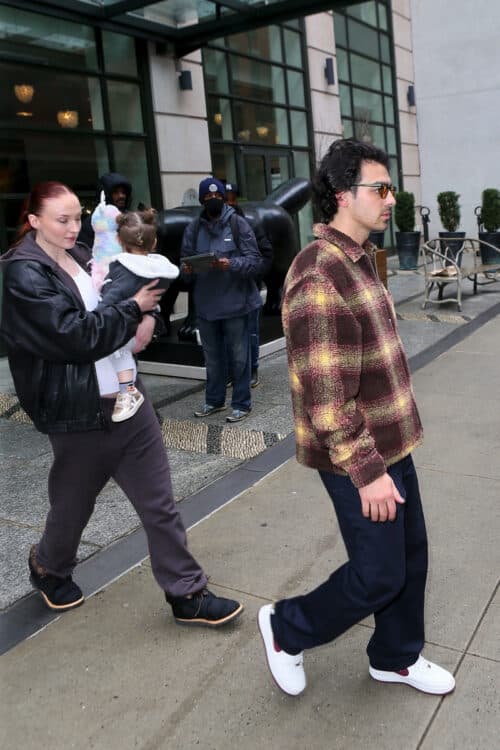 The actress is set to star in the new HBO true crime series The Staircase, and she has a cameo role in The Strangers movie.