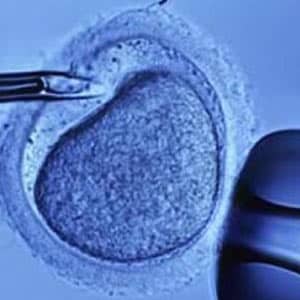 Women above the age of 40 usually find it difficult to get pregnant, but a new study shows that some women above this age might have same or even better chances of pregnancy through fertility treatments than women in their 30s.

The study more clearly stated that although age is an important factor in the success or failure of getting pregnant, it is not necessarily the biological age of the woman that comes into play but the general health conditions.

The findings will be used for a new test which will consider about 20 factors affecting fertility before giving any couple a percentage rating of their chance of having a baby via IVF.

The study authors analyzed the results of more than 5000 IVF treatments before arriving at their results.

They found that the measure of the hormone level in a women’s body and the quality of embryos produced in the early stages of fertility treatment were better indications as to whether the treatment would work or not.

The other factors that affected the success or failure of IVF treatments were, thickness of the woman’s womb lining, her weight, lifestyle, the number of eggs produced by a woman under stimulation and the quality of the man’s sperm.

In the UK, Company Univfy hopes to market two tests soon which will analyze these factors.

Dr Mylene Yao, the company’s co-founder and former professor at Stanford University said: “After applying a sophisticated analysis program to factors governing IVF success, we found that a woman of 40 could have the same or better chances of having a live baby as a woman in her early thirties.”

He added: “This is a very important development as we want to get people away from thinking that probability is totally centered on age. The chance of a woman’s IVF treatment being successful is much more complex than that.”

One of the tests will be for women who have already undergone an unsuccessful IVF cycle. This will gauge factors like egg production and embryo quality to better prepare them for the next cycle.

The second test is for women planning their first treatment. The test will analyze hormone levels, health and lifestyle.

At one hand the findings show that there are a number of factors that need to be considered than just the age of a woman for her to get pregnant. On the other hand it also shows that with good lifestyle choices and overall good health women above 40 too can get pregnant despite the clichéd age factor.