Approximately 1 in 8 mothers experience some degree of postpartum depression. For singer and Grammy award winner, Alanis Morrissette, the condition is debilitating. 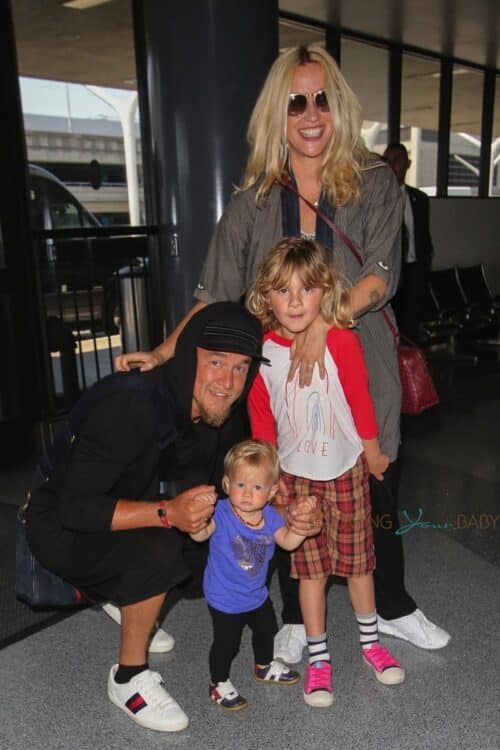 “There are days I’m debilitated to the point where I can barely move . . . It’s very isolating,” the 43-year-old mother of two told PEOPLE in an exclusive. “As a kid, I imagined having children and being with an amazing partner. This is a whole other wrench I didn’t anticipate.”

But she was expecting it this time around.

She’d experienced it almost immediately after giving birth to her now-6-½ -year-old son, Ever Imre. Plagued by the symptoms commonly associated with the disorder – insomnia, physical pains, lethargy, and even scary visions of her family being harmed – Alanis wasn’t diagnosed until 16 months after giving birth. 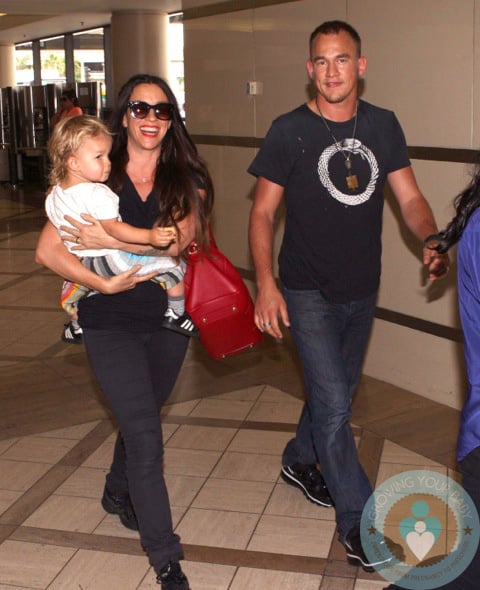 To have lived that long, suffering in silence, not really sure if you’re losing your mind or if there is something legitimately broken inside of you – I honestly cannot imagine. But it prepared her for the birth of baby Onyx, who was born last June. And, though she admits that she is still struggling, she is at least aware of what’s going on. That arms her to deal with it in the best way possible. For her, that means using a combination of medication, homeopathic remedies, daily exercise, working with her therapists, and channeling her feelings and struggles into her art.

“I’m used to being the Rock of Gibraltar, providing, protecting and maneuvering. It had me question everything. I’ve known myself to be a really incredible decision-maker and a leader that people can rely on. [Now] I can barely decide what to eat for dinner,” Alanis told PEOPLE. But she has written several songs over the last few months. “It was a song a day. I had to start writing songs, or I was going to implode,” she said.

Unfortunately, it has apparently taken a bit of a toll on her 7-year-marriage to Mario “Souleye” Treadway – partly because she does her best to shield her children from the effects of her condition, but also, perhaps, because it’s just hard to help someone fighting with depression. Often, we don’t know what it is that we need . . . we just know that something isn’t quite right.

“My main priority is that I want to make sure both of my children are loved and bonded with and provided for,” she said, adding that. “Poor Souleye sometimes gets the dregs of my exhaustion at the end of the night. Even holding hands at this point is a deeply intimate experience.”

But he seems to be dealing with it just fine. He’s offering support and has even taken up watching Game of Thrones with his wife as a way for them to bond. Alanis says she does her best to show him just how much that means to her.

“I set him up to win as often as I can,” Alanis, who’s continued creating content for her podcast, said. “He’s doing the best he can. I just basically say to him, ‘There’s an end to this, and I’m in the middle of it. I’m so sorry for not being able to be who you typically know me to be.’ ”

Getting back to herself is, of course, what she’s looking forward to most of all.

“There are people who are like, ‘Where’s the old Alanis?’ and I just think, ‘Well, she’s in here. She’s having a minute,’ ” says the singer. “I just know that there’s a light at the end of the tunnel and try not to beat myself up.”

She’s so adamant about not beating herself up, and not allowing herself to feel shame over a condition that affects so many, she absolutely refuses to stay silent on the matter. And that has created a sort of bond for her with any woman that has ever struggled with PPD.

“The stigma remains in a really big way,” she says. “There’s this version of eye contact that I have with women who have been through postpartum depression where it’s this silent, ‘Oh my God, I love you. I’m so sorry.’ ”