America has been horribly divided since its last presidential election, but in the wake of Hurricanes Irma and Harvey, we are reminded of just how strong this country can be. People from all four corners are traveling to lend physical aid to victims, and those that cannot be there are sending donated items and money, hoping to make a difference. It is truly a beautiful thing.

Unfortunately, it seems there’s always a scam, just waiting for moments like this; moments of vulnerability and kind, giving hearts. Don’t let it happen to you! Instead, learn how to avoid the scams with help from the following sections. We’ll also talk about how to make the most of your money, and explain how you can help the non-human victims, too! 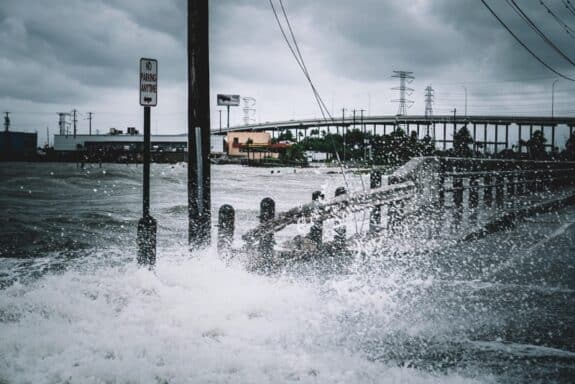 Blankets, jugs of water, food, and clothing might seem like great items to donate to hurricane victims, but the sad truth is that a lot of those items never make it to their final destination. Transporting, sorting, and storing such items takes up precious time, space, and resources that could be better utilized in other ways. Plus, charities can often make your dollars stretch a little further than you can. Many purchase items in bulk, often at a discounted price, and they may even be able to get at least some of the items tax-free (provided they are tax exempt). So, even though your heart is in the right place, you may want to consider giving them money instead.

Our lives become more and more digital by the day, and that can make us easy prey for scam artists. Add in a natural disaster, such as Hurricanes Harvey and Irma, and you have a recipe for disaster. Experts say that you can protect yourself from scams by sticking with large, well-known organizations, such as UNICEF and the American Red Cross, or by doing careful research on the various smaller organizations that are working to help victims.

When it comes to doing research on a possible charity, accreditation through Charity Watch, Charity Navigator, or the Better Business Bureau are a good sign, but some smaller, community-based charities may not be covered. In these instances, persons are encouraged to gather details on the charity, such as its exact name, phone number, and location. These can be used to perform an internet search, along with keywords like “scam” and “complaints” to determine if there may be a reason to doubt their validity. Persons making donations are also discouraged from sending cash or wiring money to a charity, both for security reasons and tax purposes.

Want to give now but don’t have the time to do your research? While you can easily donate to one of the large charities, we prefer a lot of the smaller organizations. Efficiency and integrity are also at the top of our list when choosing a place to donate. These five are our top picks for those wanting to give to Hurricane Harvey or Irma victims.

One of the biggest reasons that we love GlobalGiving is that it is not like giving to a single charity; instead, it’s like giving to a handful! This organization distributes donations to various organizations, both large and small. They prioritize the smaller, local organizations but will often steer funds to larger, international ones to get help out quickly. They’re also highly rated by charity watchdogs.

An independently registered non-profit, Direct Impact Fund is sending both immediate and direct assistance to Hurricane Harvey and Hurricane Irma victims. What we love about this one is that you can donate to both areas, or you can simply donate to the one of your choice. They also tend to focus on smaller campaigns within the United States.

Focused specifically on the education and well-being of children, UNICEF has a long history of helping victims of disaster. Using donations, they work directly with the local governments to coordinate relief efforts that help get children back in school. Now, that might not seem like a pertinent issue in the face of a disaster (at least not at first), but some one million children in Texas are unable to start school right now, and perhaps as many as three million across the entire region. Some have lost their schools and their homes, which only makes matters more difficult. UNICEF fills the gap by providing the communities with learning materials and support.

With so many families being displaced by the recent hurricanes, it only makes sense to donate to Shelterbox USA. Rated with a score of 97.41% by Charity Navigator, they spend 81 percent of what they receive on direct services to the community. Those services mostly include the deployment of emergency shelter and tools for families that have been left homeless by disaster, but they also include other essential items, such as cooking utensils, solar lights, water, and mattresses – whatever it is that they might need to recover from the disaster. They also like to include activity sets for children.

Every disaster requires medical care – and not just for the sick or injured. Disasters seem to have a way of inducing labor in expectant moms, and there are likely to be severely vulnerable individuals throughout the areas affected (i.e. newborns, infants, the elderly, children with disabilities, diabetics, etc.). Without proper medical treatment, they may not survive. Medical Teams International is our medical donation of choice because it has a strong rating with Charity Navigator, and a whopping 96.9 percent of all their expenses go directly to helping victims.

Humans are not the only ones suffering right now; pets, strays, and other animals in the area are also struggling to survive. Some have been separated from their owners and will require care. Others may need medical treatment. Some may need shelter until the area is clear enough for them to return to the wild. Whatever your preference – be it the American Society for the Prevention of Cruelty to Animals, the South Florida Wildlife Center, or the Best Friends Animal Society – animals and their owners are sure to be grateful for your donations.