New mom Anna Faris kept her son Jack close while out for a hike with her parents and pug Bonzo in the Hollywood Hills on Wednesday (November 28). 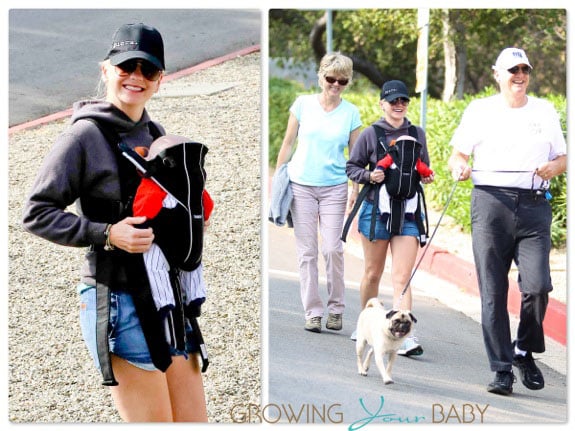 All smiles, the actress has a lot to be happy about. She is the new mom to a beautiful baby boy and it’s her birthday!

‘Anna Faris and Chris Pratt are happy to announce the birth of their beautiful baby boy Jack.

‘He arrived earlier than expected and will be spending some time in the NICU. The happy parents thank you for your warm wishes and ask that you honour their privacy during this time.’

Anna has been on a bit of a break from acting since welcoming baby Jack.  She did, however, film a couple of movies before she became pregnant.  She can be seen next in Movie 43, which will hit theaters on January 25, 2013.