Home » Report: 3,500 Babies In The US Lost To Sleep-Related Deaths Each Year

Since the 1990s, there have been a sharp decline in sleep-related deaths following the national “Back to Sleep” safe sleep campaign. However, data shows these declines have slowed since the late 1990s. 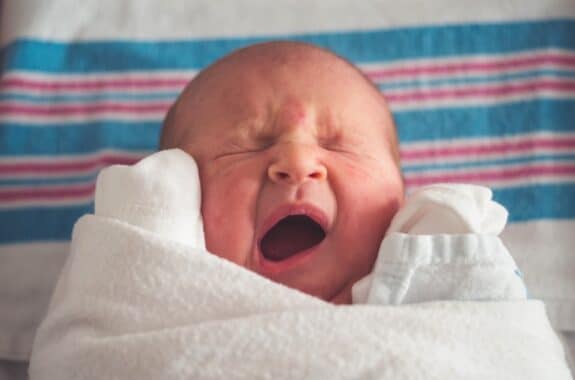 “Unfortunately, too many babies in this country are lost to sleep-related deaths that might be prevented,” said CDC Director Brenda Fitzgerald, M.D. “We must do more to ensure every family knows the American Academy of Pediatrics (AAP) recommendations – babies should sleep on their backs, without any toys or soft bedding, and in their own  crib. Parents are encouraged to share a room with the baby, but not the same bed. These strategies will help reduce the risk and protect our babies from harm.”

For the Vital Signs report, CDC analyzed Pregnancy Risk Assessment Monitoring System (PRAMS) data to describe sleep practices for babies. PRAMS, a state-based surveillance system, has monitored self-reported behaviors and experiences before, during, and after pregnancy among women with a recent U.S. live birth since the late 1980s.

In 2015, within states included in the analysis:

The National Institute of Child Health and Human Development notes that compared with back sleeping, stomach sleeping carries between 1.7 and 12.9 times the risk of SIDS. The mechanisms by which stomach sleeping might lead to SIDS are not entirely known. Studies suggest that stomach sleeping may increase SIDS risk through a variety of mechanisms, including:

“This report shows that we need to do better at promoting and following safe sleep recommendations,” said Jennifer Bombard, M.S.P.H., scientist in CDC’s Division of Reproductive Health and lead author of the analysis. “This is particularly important for populations where data show infants may be at a higher risk of sleep-related deaths.”

In recent years, state public health agencies have worked with partners to promote safe sleep through communication campaigns, messages shared during visits through WIC and through home-visiting programs, safe sleep policies, and quality-improvement initiatives in hospitals and childcare centers.

They have found that only 55 percent of mothers report receiving correct advice about safe sleep during pregnancy and baby care visits, while 20 percent say they get no advice and 25 percent report getting incorrect advice.

CDC plans to continue to monitor sleep practices for babies through PRAMS and support the monitoring of sleep-related deaths in 16 states and two jurisdictions through its Sudden Unexpected Infant Death (SUID) Case Registry, which is built upon the HRSA-supported National Center for Fatality Review and Prevention. This focuses on improving data quality and completeness of SUID investigations to inform strategies to reduce sleep-related deaths.