His feet don’t touch the floor, and his fingers barely stretch over the keys, but 5-year-old Jacob Velazquez has already made his musical debut on Good Morning America (GMA). He also appeared on ABC News to share his amazing talent on national television. 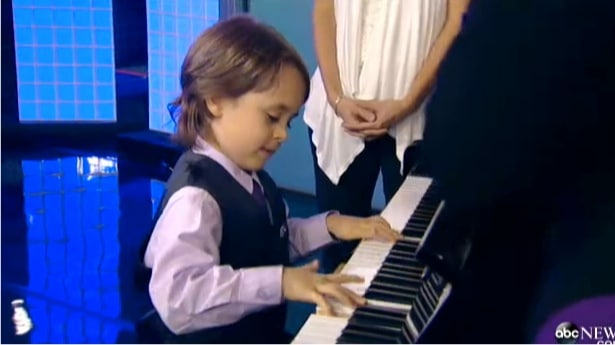 What’s most interesting about Jacob’s story is that no one taught him to play…not initially anyway.

It was a year ago when Jacob’s mother, Tina Velazquez first overheard him playing. Not able to see who was playing from the other room, she initially thought it was her husband.

“Is that Jacob? Oh my gosh!” she said during her interview with Good Morning America.

Realizing that he could play, Jacob’s mother enrolled him in piano lessons. He learned Beethoven’s Sonata in just three weeks, and his piano instructor says he’s mastering songs in one class that it takes most children a month to learn. 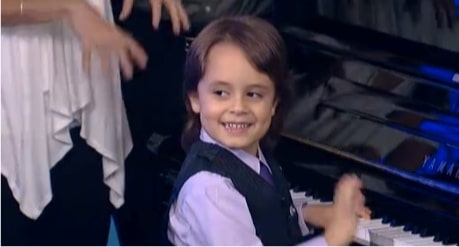 As it turns out, Jacob has a photographic memory. He’s able to watch what’s being played and memorize the notes and then replay them with amazing precision. In fact, he’s able to memorize pieces so well that he nailed his performance at the National Musician’s Guild.

“He had to learn 10 classical pieces, all by memory, and he did. He did great,” Jacob’s dad, Willy Velazquez said. “Exceeded the expectation.”

During their appearance on the show, Jacob’s mother also disclosed that her son had been diagnosed with high functioning autism. Though it was not made clear in the interview whether that was before or after Jacob revealed his amazing musical talent, it seems that piano playing has given him an outlet for expression.