What should have been a quick trip to Hong Kong to see her brother married ended up being both a joyous and stressful ordeal for Wendy Morrow. At seven months pregnant, she’d been cleared to travel, but while at Hong Kong International, her water broke. Shortly after, her son, Kyuss, was born at Princess Margaret Hospital and placed in ICU. 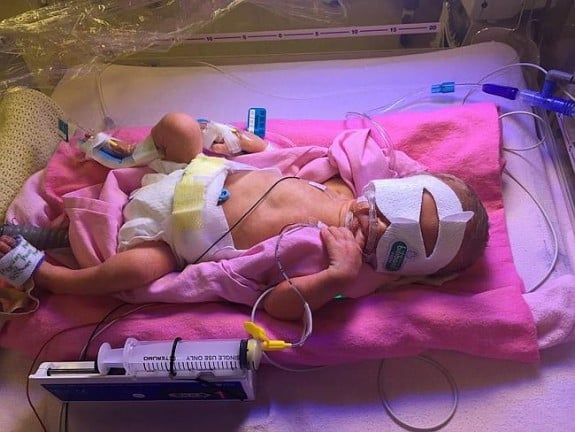 Unfortunately, the first few weeks of motherhood haven’t been exactly what she’d hoped for. Her health insurance declined the claim for the family’s medical bills. For Wendy, alone, the bill was $12,000, and Kyuss’ bills are already at $11,000 with an extra $1,600 being added each day he remains in the hospital.

“One insurance company said, since it was international, it wasn’t covered [but] to file a claim and see if they will cover it,” Wendy’s sister, Sara Morrow, told Yahoo Travel. “One will only cover $10,000 medical, and up to $50,000 travel emergency – and will only cover Wendy and not the baby, since the baby was not named on the insurance. The third only covers up to $10,000 and that one, we are pretty sure, will be sending a guarantee letter to [the] hospital.”

The family was also declined for Medicaid.

“We regret to inform you that Medicare/Medicaid does not pay medical bills resulting from medical treatment in foreign hospitals,” the office of Iowa Congressman Steve King, wrote to Wendy.

And there are other expenses that aren’t covered, such as the cost of the hotel where Wendy is now staying, her meals, and necessities for Kyuss.

“Wendy is now discharged from the hospital and staying at a nearby hotel for $60 a day, in addition to paying for all of her meals,” Wendy’s sister, Tina, wrote on the family’s GoFundMe page. “The hospital also does not supply any necessities such as baby diapers, pads, etc., so we have been purchasing those as well.”

To make matters worse, the hospital had originally refused to issue a birth certificate until the bills were paid in full, and without the birth certificate, Wendy couldn’t get an emergency passport to bring her son home. And the father of her child, Jason Blau, is stuck in the States because of a new job, along with Wendy’s 4-year-old daughter, Acadia. 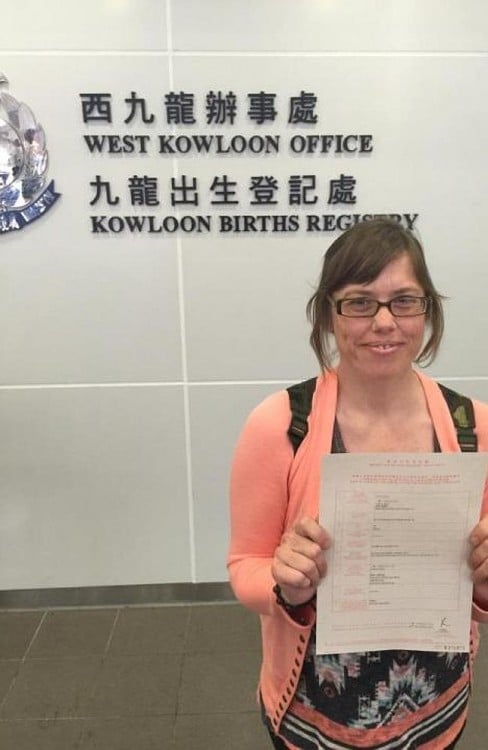 Thankfully, though, there has been a slight reprieve in all the craziness. After a great deal of media coverage, the hospital has finally released Kyuss’ birth certificate. Wendy is now in the process of trying to obtain his emergency passport.

“So, from here, we have to go to the U.S. embassy on Monday,” Sara said. “The embassy will either have to come to the hospital and see Kyuss, or we will have to wait until the hospital says it’s okay for him to leave the hospital. The embassy has to see the baby in person with the birth certificate before they will release an emergency passport.”

And Kyuss is improving, which is most likely helping to put Wendy at ease.

“He is in a special units and the nurses and doctors have been doing an amazing job with getting Kyuss up to speed,” Sara said. “He is off his oxygen and bili light. He is going through physical therapy for feeding. They want to monitor him for a few more days. They are thinking Tuesday for release, but this is tentative.”

But it may still be necessary for the family to arrange some kind of special transportation for Kyuss. They plan to start checking into those details soon.