Home » Baby Comes Into The World at a Bus Stop 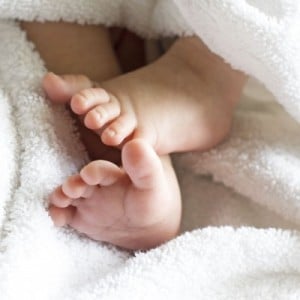 David Corado could not wait to arrive into the world, and while his parents waited anxiously for a cab to take them to the hospital, he decided to make his appearance at the bus stop instead.

Maria Ortiz-Corado was about nine-months pregnant and the baby was due to arrive in 10 days. But late last Tuesday night she went into labor.

Jonatan Corado, her husband called for a cab to take them to the Barton Memorial Hospital.

While they waited outside their home at a bus stop for the cab to arrive Maria’s contraptions were rapidly increasing and she soon realized that they could not wait any longer.

The couple immediately dialed South Lake Tahoe police. It was already 12.38 a.m. Wednesday. Dispatchers Jill Broadfoot and Linda Clark helped the parents by giving instructions regarding the birth process while fire department medics and police rushed to the bus stop.

But by the time Officers Angie Kallstrom, Chris Webber and Sgt. Brad Williams arrived, baby David was already making his debut into the world in a special way.

Soon medics arrived and the baby weighing 6 pounds and 3 ounces was found to be cold but otherwise healthy.