Home » Baby Frozen at Birth To Save her Life, Now a Healthy Toddler

Baby Hannah Erskine wasn’t supposed to be alive for more than a day. She had been born with arteries in her heart the wrong way around. She also contracted a life-threatening infection in the womb. But now three years old, Hannah defied the odds thanks to timely operations and a revolutionary new treatment where she was frozen just after birth. 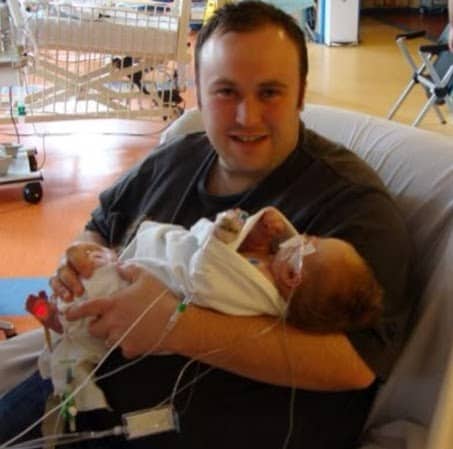 In the last three years Hannah has had four major operations at the Royal Hospital for Sick Children at Yorkhill. The first was when she was just a day old and a hole had to be created in her heart to help with the circulation.

Her parents, Gillian and William were delighted when their little girl was born at the Royal Alexandra Hospital in Paisley on 27 June 2010, weighing 8lb 5oz. But her mom had only held her for a few minutes before the newborn was whisked away after she turned blue and could not breathe.

Soon baby Hannah was transferred to Yorkhill where it was confirmed that she had transposition of the great arteries.  This meant that her main arteries carrying blood from the heart were swapped around making the body deficient of oxygen.

“It was devastating. When she was born we were expecting this perfect baby. But when she didn’t make a proper cry I panicked. I was discharged from Paisley that evening and I went straight to Yorkhill. It was just a complete rollercoaster. Sometimes she would seem to be doing fine, and then the next our world was turned upside down because she had crashed. She was attached to hundreds of wires and machines. It was like a Godsend every time a machine was taken off her, because it was a step closer to her getting better.”

After her first surgery Hannah spent the next five weeks on a ventilator. To prevent damage caused by lack of oxygen to the brain, doctors decided to reduce her body temperature to just 32 degrees C. The hypothermia treatment, although unusual helped save her life.

Once Hannah also recovered from the infection she contracted while still in her mother’s womb, she was ready for her open heart surgery at two weeks old.  The operation lasted nine hours and post recovery, at six weeks old, she was finally allowed to go home for the first time.

The homecoming only lasted just for an hour as the little girl had to be whisked back to the hospital immediately for another surgery, this time to get part of her bowel removed.

“It was hurdle after hurdle. It was hard to stay positive, but we had a lot of support from the hospital staff and our families.”

But Gillian says it was because of surgeon, Mark Danton and the entire team at the hospital that their daughter could be saved.

“We can never repay everyone at Yorkhill for saving her life. They were just wonderful and so dedicated. We can’t thank them enough. It was a dream come true when we finally got her home. It was great waking up each day and getting a cuddle from my daughter and being able to do normal things that families do.”

Hannah loves to swim, dance and hike. She will join family and friends on 27 April at Loch Lomond for a 10k walk for Yorkhill Children’s charity.

“To look at her, you wouldn’t know there had been anything wrong. She looks completely healthy. She’s a great wee walker and if she gets tired we can put her on our shoulders. I’m sure she’ll get there in the end. She’s such a fighter and so strong-willed, and I think that’s why she’s here.”