For the second time in as many months, a newborn has chosen a rustic helicopter as their birthplace over the comfort of a birthing suite.

Earlier this week Falmouth Coastguard received an emergency call when Ella McLachlan went into labour on the Isles of Scilly.

The Royal Naval Air Culdrose crew tried their best to get Ella to the hospital on time, but the baby had other plans. He was born mid-air. 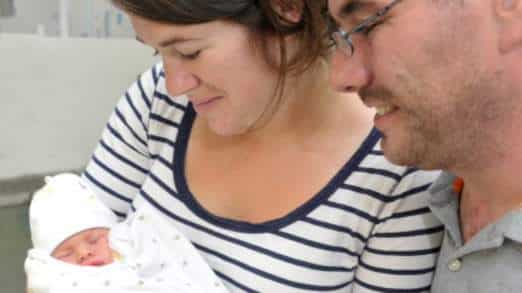 Lt Cdr Chuck Norris, the observer on board the helicopter, said the baby boy was born “somewhere over the River Fal” about 10 minutes before landing.

Thankfully, there was a midwife on board who had flown out to St. Mary’s to help the crew.

“The midwife started to get a little bit excited and said we’d better start getting prepared for the birth,” Norris said. “So, we got the equipment ready and we gave mum as much encouragement as we could.”

Baby Marcus was safely delivered and is now at the Royal Cornwall Hospital with his mom.

The coastguard spokesperson says this is the second time they have helped a mom in labor, although she did make it in time to the hospital.

“It’s quite unusual, but it has happened before, a long time ago,” the spokesperson said.