If the new research is to be believed, humans may soon be having babies like birds as scientist at UC Berkeley have found a hormone that interrupts with sperm and egg production. 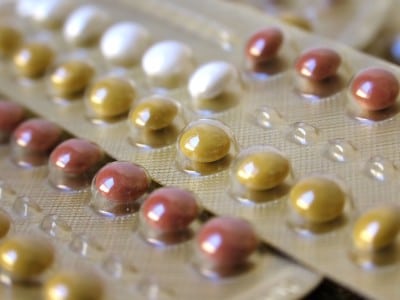 Researcher George Bentley and his team had for sometime now, known of a hormone called GNIH in birds that acted like an on-off switch and controlled the production of eggs and sperm. When the environmental conditions were not suitable, the hormone acted like a birth control so that birds could use limited resources for their own survival. When the conditions were suitable again, birth processes took place as usual.

Now the same team of scientists has isolated the GNIH hormone in humans as they believed that all animals from birds, to rats to humans had the same kind of hormones in their body.

“We didn’t know if it was there. We were pretty sure it was,” Bentley recalled. “When I first looked at the sections under the microscope, I was very excited. I was trembling.”

This could lead to a new revolution in the field of birth control and even fertility as scientists learn to use the action of the hormone.

As Dr. Bentley said, “If we could inhibit the inhibitor, then we could potentially activate reproductions,so there are all sorts of clinical possibilities there.”

The team is now devoting its time in further study of this hormone that opens huge possibilities in birth control as well as fertility problems. – Atula, Staff Writer