In 2014, it was estimated that about 1 out of every 10 infants was born prematurely in the United States. Preterm birth is the greatest contributor to infant death, and it is also a leading cause of long-term neurological disabilities in children. 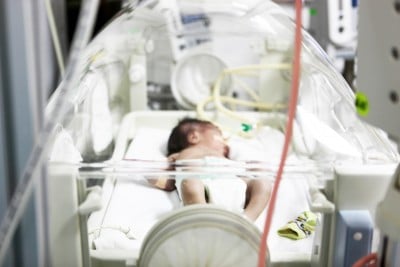 Looking to curb these stats, a Utah company has developed groundbreaking technology that could help predict premature births.

“We set out to find a protein bio-marker test, basically drawing blood from a woman as early as 19 weeks in pregnancy, a normal pregnancy is 40 [weeks],” Greg Critchfield, CEO of Sera Prognostics told Fox News.

Over the past five years, the company has been working to find patterns with a woman’s proteins in order to help predict the risk of going into labour early..

“If she has a high risk, interventions are possible,” Critchfield said. “The goal is to keep the baby in utero longer, have it develop more fully, and have it be born healthier so everyone wins.  And so by measuring proteins, they are either over-expressed in blood or under-expressed.  And by getting patterns of them, we’re able to make predictions about events that happen, that happen much, much later.”

The technology has earned the company a Utah Innovation Award in the biotech category.

“What our test does, is it allows us to identify many more women, who are in fact, at high risk,” Critchfield said.

This allows doctors to look at what complications the mom-to-be may be suffering from earlier on in the pregnancy.

It is believed that moms who delivered their baby between 20 weeks and 31 weeks have a higher risk of delivering prematurely again.  That risk, BabyCenter says,  is reduced if your previous baby was born between 32 weeks and 36 weeks.

The new blood test is now commercially available. Moms-to-be who are concerned about possibly delivering early should consult their physician for more information.