Home » Adele Shops For Toys In Spain With Her Son Angelo

Adele was spotted out in Barcelona, Spain with her son Angelo picking up some new toys on Tuesday, May 24, 2016.

While dressed in all black, the singer carried her son after a small spree that included a plastic flute.  Angelo tooted away on the music instrument as the pair made their way to the car. 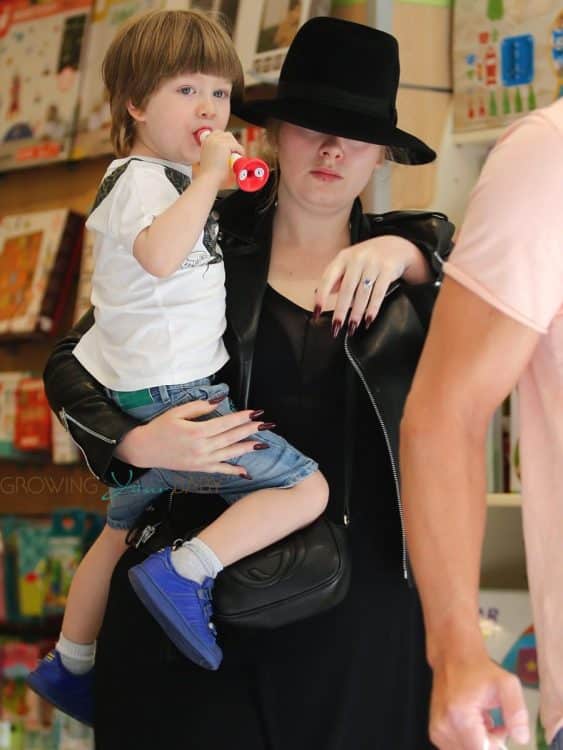 The outing comes after it was revealed that Adele switched from independent label XL to Sony by signing a $131 million deal that “gives Sony the rights to release her future music exclusively around the world.”

Her recent album 25 sold a record 3.38 million copies in its first week in 2015 just within the U.S., and The singer took home five awards for the album at Sunday’s Billboard Music Awards.

Not slowing down, Adele will hit the road this Summer for a 54 date North American tour, which kicks off in Minnesota on July 5th.