Home » Breastfeeding Alone Could Save Lives And Money 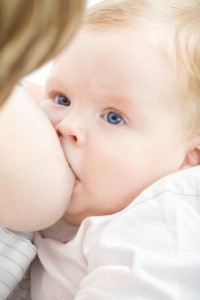 A new study published in the in the journal Pediatrics finds that if more women breastfed, nearly a thousand infant lives and billions of dollars would be saved each year.

Breastfeeding for even just the first 6 months of life is enough to prevent many avoidable infants deaths. The World Health Organization, the American College of Obstetricians and Gynecologists, the American Academy of Pediatrics, the American Academy of Family Physicians and the Centers for Disease Control and Prevention all recommend exclusive breastfeeding for at least the first 6 months of life. Many groups, such as the World Health Organization, suggest continuing on until at least 2 years and beyond.

According to this new report, the US “incurs $13 billion in excess costs annually and suffers 911 preventable deaths per year because our breastfeeding rates fall far below medical recommendations.”

Despite an estimated 74 percent breastfeeding rate at birth, the CDC says only 33 percent of mothers were still breastfeeding by 3 months. This number drops even further to 14 percent at 6 months. However, if the breastfeeding rates stayed high during this time much of the medical costs and many of the infants deaths and illnesses could be prevented.

According to Dr. Melissa Bartick, one of the co-authors of the study, each of the infant deaths caused by or influenced by lack of breastfeeding creates a medical cost of $10.56 million. However this cost does not include the price of infant formula, an additional cost on mothers who do not breastfeed.

Many women are influenced or prevented from being able to breastfeed due to outside factors. Dr. Bartick blames the typical practices of most hospitals, such as delaying skin-to-skin contact. Education and support for breastfeeding mothers is not where it needs to be. “U.S. hospitals scored a 63 – that’s a D,” says Dr. Bartick.

Dr. Alan Fleischman, medical director for the March of Dimes, was not surprised about the findings of this study. He feels that not only do health care providers need to be better educated, but also families. For many older generations, formula was considered the norm and falsely assumed to be better than breastmilk. Family support can be just as important in women continuing breastfeeding. – Summer, staff writer