When your due date looms closer, it becomes a waiting game – wondering when your little bundle is going to arrive.

You may, however, want to avoid the weekend, at least in British hospitals, according to a new study, that was published in the journal BMJ on November 24. 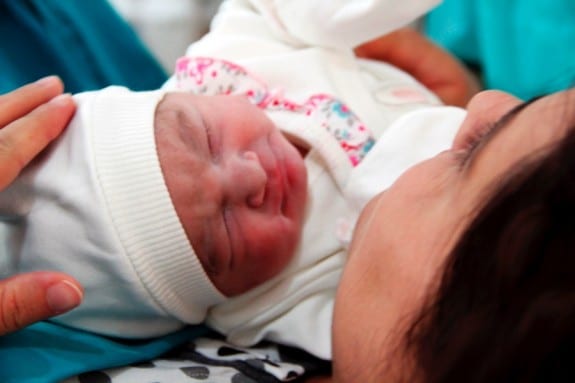 The study’s lead author, Dr. Paul Aylin, of Imperial College London’s School of Public Health said, “More work needs to be done to better understand the causes of these differences, so that steps can be taken to improve the outcomes for mothers and babies.” Researchers found that comparative to babies that were born during the week, those born on weekends are at a higher risk of dying in the first week, as well as their mothers at a higher risk of developing infections.

Data was analyzed from 675,000 births at English National Health Services hospitals between April 2010 through March 2012. The mortality rate among infants born on the weekends turned out to be 7.1 per 1,000 born, as compared to 6.5 per 1,000 for babies born on a weekday. Study authors estimated that if the risk of death in relation to weekend births was the same for those born on weekdays, there would be approximately 770 less newborn deaths across England each year. Equally, if the infection risk was the same for mothers who delivered on weekends, there would be approximately 470 fewer infections each year.

Aylin said, “In our paper, we tried to account for the fact that differences in rates of complications on different days may be due to chance, or that births on certain days are more complicated in some way. However, even after making these adjustments, we found the rates of complications vary on different days.” Previous studies have found that patients who were admitted to a hospital on a weekend do have a higher risk of death, but results have been conflicting from other studies looking at birth outcomes and day of birth.

No positive conclusions can be drawn about cause and effect, because this was strictly an observational study, according to the authors. But babies are going to come when they are good and ready, and weekend deliveries are unavoidable. American obstetrics experts Aaron Caughey and Jonathan Snowden want “to determine what explains the apparent protective effect of weekday delivery and how to extend these benefits to women who deliver at the weekend, and their babies,” according to an accompanying journal editorial.