Busy Philipps was photographed on Monday heading in to ABC Studios in New York City ahead of an appearance on ‘Good Morning America’ to promote the new season of ‘Cougar Town.’ 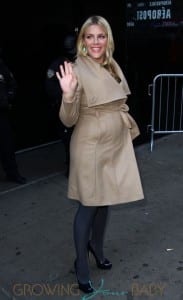 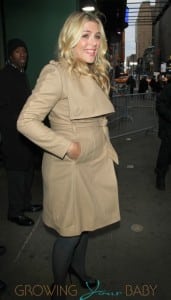 During the interview, the actress showed off her growing belly in a navy knitted dress. 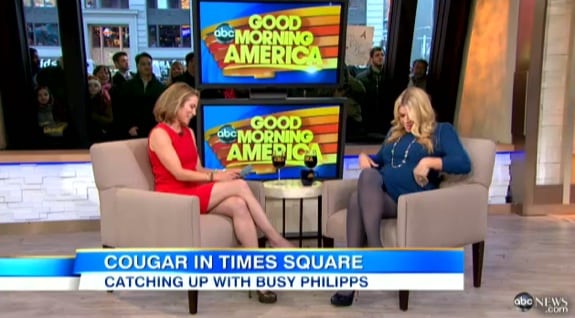 Playing Laurie, she revealed, is fun because her character is so different from who she is in real life.

Busy’s wardrobe will likely change as the season goes on. Her pregnancy is not going to be written into the show so expect to see her behind furniture or wearing lots of black.