Brittany Deen and her husband, Jason, were looking forward to starting their family. They’d already decided on one, maybe two children. But when they went to the ultrasound appointment, they discovered they were getting more than they’d bargained for. 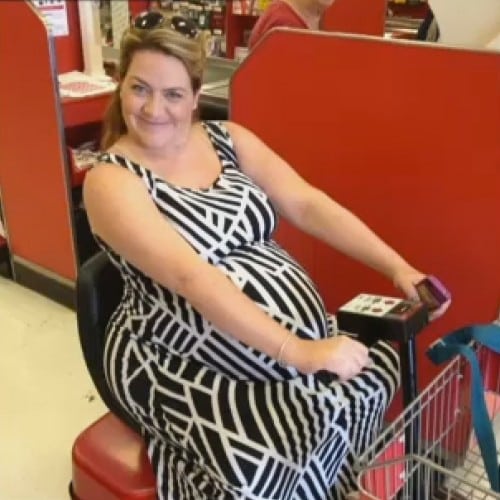 “We had talked about having one baby, maybe two, and we agreed that three was too many,” Jason told Fox News.

“And imagine, a little bit of shock when we found out that there were going to be three babies. And we had no clue as to what we were going to do,” Brittany added.

But three babies ended up being just enough. 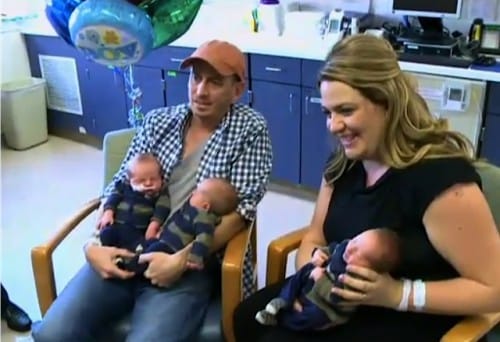 The happy parents are now enjoying the naturally conceived boys (a rarity in and of itself), Elliott, Jenson, and Sidney. All together, the boys weighed exactly 20 pounds. While not yet official, the boys may have broken the Guinness world record for triplet weight at birth; the current highest weight in the Guinness Book of World Records for triplets is 18 pounds, 11 ounces. Fox News reports that Guinness Book of World Records is looking into the case. 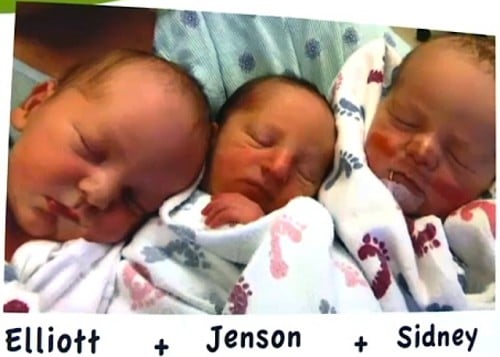 What’s even more amazing is that Brittany carried the babies to 37 weeks. She accomplished that full term birth with the help of Sutter Medical Center’s Moms of Multiples program. While under the program’s care, she learned that she was going to have to eat a lot more calories and a lot more protein to keep the boys healthy.

But her 6,000 calorie a day pregnancy regimen, which included eating a dozen eggs a day, ended up being worth it. Individually, Elliott weighed in at 7.3 pounds, Sidney weighed 7.8 pounds and Jenson, the smallest of the trio, weighed in at 5.5 pounds. Combined, they weighed about as much as your average Thanksgiving turkey.

“It’s kind of exciting,” Brittany said. “It makes me feel like kind of justified in, I guess, all that weight gain was for something. You know, all that back pain. Well, it’s not that I was being lazy or less than a trooper. I guess there was a reason why I was feeling that way.”

Elliott and Jenson are already home with mom and dad. Now they are just awaiting the homecoming of Sidney, who currently needs some extra medical care. 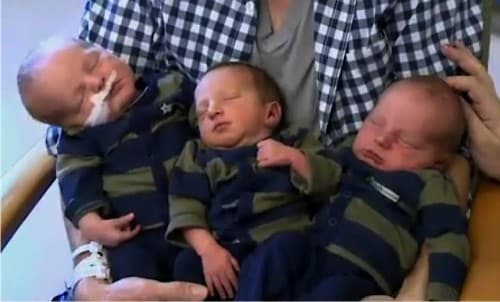 Congratulations to the Deen family on the safe and healthy arrival of all three of their beautiful babies!