Cancer treatments like chemotherapy and radiation have many side effects, including early menopause in women and infertility in both men and women. Modern medicine has made it possible for many cancer patients to preserve their fertility, however, through the freezing of eggs and sperm. Unfortunately, this option isn’t available for all cancer patients. 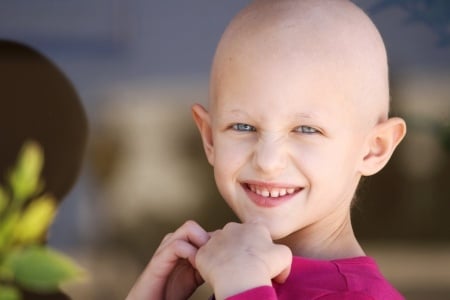 In children that have not yet gone through puberty, there are no eggs or sperm to preserve. And that means, for the youngest of cancer patients, having children of their own may not ever be an option. Not only is this disheartening information for the patient, it is also difficult information for a parent, who one day hoped to be a grandparent, to process.

“Most of these parents desperately want to have grandchildren,” Dr. Sherman Silber, an American obstetrician-gynecologist, told National Post.

Silber is the developer of a “radical” fertility preservation technique that could very well make that wish a possibility, even for the youngest of cancer patients. In it, pieces of an ovary or testicle are frozen before toxic cancer treatments are started. Years or decades later, the tissue is then transplanted back into the patient, potentially restoring their ability to naturally conceive a child.

Internationally, the procedure has received massive support from parents and physicians alike. In fact, some have already started removing and freezing immature ovary or testicle tissue prior to cancer treatment. And though these will not be implanted for several more years, there is evidence that the procedures have some serious potential.

At Dr. Silber’s Infertility Center of St. Louis, preserved tissue has already been transplanted into 22 older patients whose ovaries were already mature when they had pieces removed before cancer treatment. Of them, 60% have already had babies (15 women in total). And worldwide, the same procedure has resulted in a total of 37 births.

Of course, these are all births in older patients. The ovary tissue being removed from young children would be immature, and some experts are concerned that implanting that tissue into a middle-aged woman could delay or even prevent menopause. There are also some ethical concerns that have to be worked out before much more progress can be made on the procedures – particularly for young male patients.

While mature testicular tissue has been frozen and then implanted in mice, there is little evidence to support the procedure in humans. And even in the mice, the testicular tissue used was from mature males, in which sperm had already developed. Researchers aren’t quite sure how to use the frozen, prepubertal testicular tissue to create sperm just yet, and unfortunately, there are federal bans against using reproductive material of anyone under the age of 18 for scientific experimentation.

Another concern is the evidence suggesting that transplants – in men or women – could end up reintroducing cancer cells back into the patient’s body. However, Dr. Silber says that all 22 of his patients have remained cancer free.

Yet, regardless of the ethical and medical concerns, doctors feel that parents should be the ones to decide whether or not they want to give their children the option to have children later on in life.

“It’s a complicated topic, at a complicated time for the family, with very little data,” she said. “[But] it’s a parent’s responsibility and ethical obligation to do anything they can to allow their child in the future to make those decisions.”