The Centers for Disease Control and Prevention(CDC) is asking pregnant women to consider postponing travel to areas where Zika virus transmission is ongoing after a baby whose mom contracted the disease in Brazil was born in Hawaii with microcephaly. 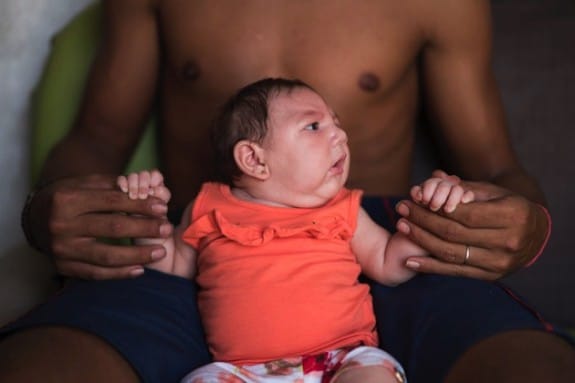 Zika virus is transmitted to people primarily through the bite of an infected Aedes species mosquito.  About one in five people infected with Zika virus will develop symptoms, which include fever, rash, joint pain, and conjunctivitis (pink eye). Other commonly reported symptoms include myalgia, headache, and pain behind the eyes. The illness is usually mild with symptoms lasting from several days to a week.  For pregnant women it can cause miscarriages or microcephaly, a condition that is associated with problems in the formation of the skull, genetic issues, Down syndrome or a lack of oxygen to the brain.

The CDC noted that researchers have not completely figured out the connection between microcephaly and the virus and need more studies to figure out the relationship. But the jump in microcephaly cases is alarming, and researchers are focused on the likelihood that there is actually a connection.  Each year between 2010 and 2014 Brazil would see an average of 156 babies born with microcephaly, in 2015 the country saw more than 3,000 instances.

While more studies are planned to learn more about the risks of Zika virus infection during pregnancy, the  CDC recommends those who are pregnant and women trying to become pregnant take these precautions:

Because specific areas where Zika virus transmission is ongoing are difficult to determine and likely to change over time, CDC will update this travel notice as information becomes available. Check the CDC travel website frequently for the most up-to-date recommendations.

Currently, there is no vaccine to prevent or medicine to treat Zika. Four in five people who acquire Zika infection may have no symptoms. Illness from Zika is usually mild and does not require hospitalization. Travelers are strongly urged to protect themselves by preventing mosquito bites:

In addition to the steps announced, CDC is working with public health experts across the U.S. Department of Health and Human Services (HHS) to take additional steps related to Zika. CDC is developing interim guidance for pregnant women as well as sharing additional information about Zika with public health officials, clinicians and the public.  In addition, efforts are underway across HHS to develop vaccines, improved diagnostics and other countermeasures for Zika.