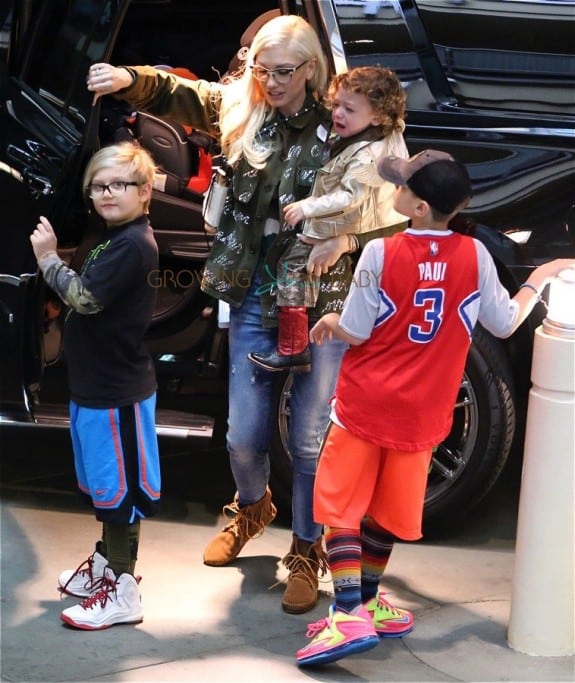 Apollo appeared to be unhappy as they headed into the mall, but was in better spirits as they arrived at the theater.

Zuma is still sporting his black dipped hair, which was similar to the style his mom wore for many months. 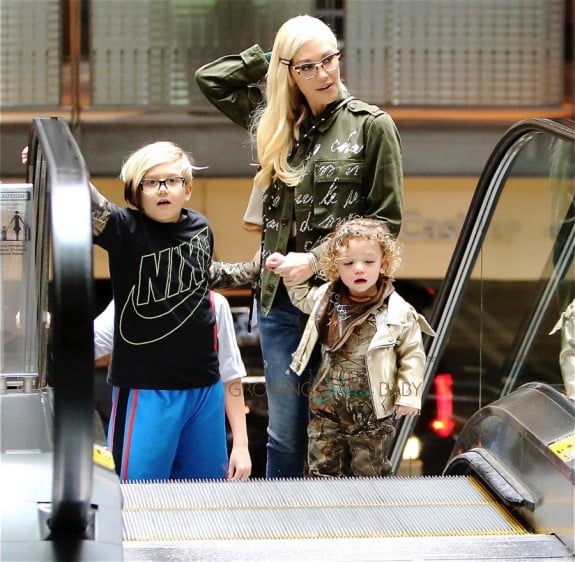 Apollo was cute in camouflage overalls and red cowboy boots, while Kingston showed off his style with rainbow socks and pink runners. 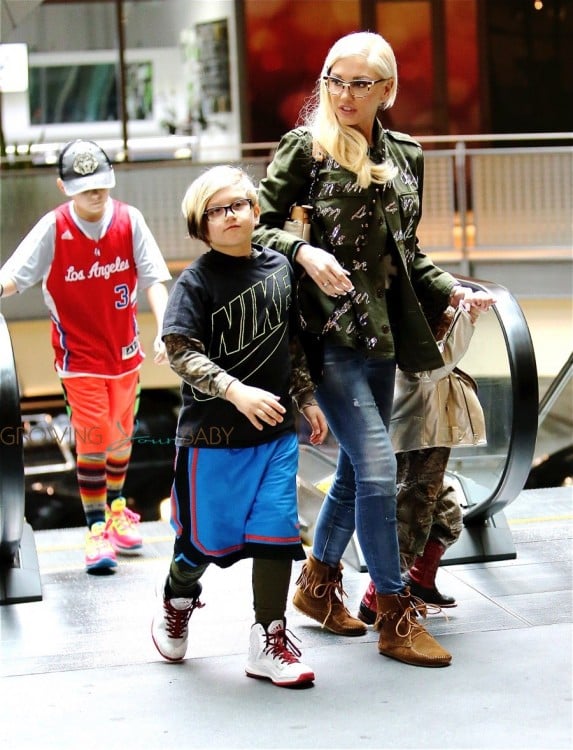 After the movie the family, who was also joined by Gwen’s mom, grabbed a bite at the Cheesecake Factory.

Despite not being part of the judges panel on The Voice this season, Gwen will reportedly serve as a Celebrity Mentor for Blake’s team.

The pair have been inseparable since announcing that they were a couple in October.

During their outing Blake also kicked into dad mode by helping the nanny fold up the stroller and pack all of their gear up.