The hottest ticket in town on Thursday night was the world premiere of Disney’s Frozen 2!  Almost every celebrity family in LA was on the red carpet before the big event at the Dolby Theatre on November 7, 2019 in Hollywood.

The movie’s star Kristen Bell was gorgeous in a burgundy Dior dress. 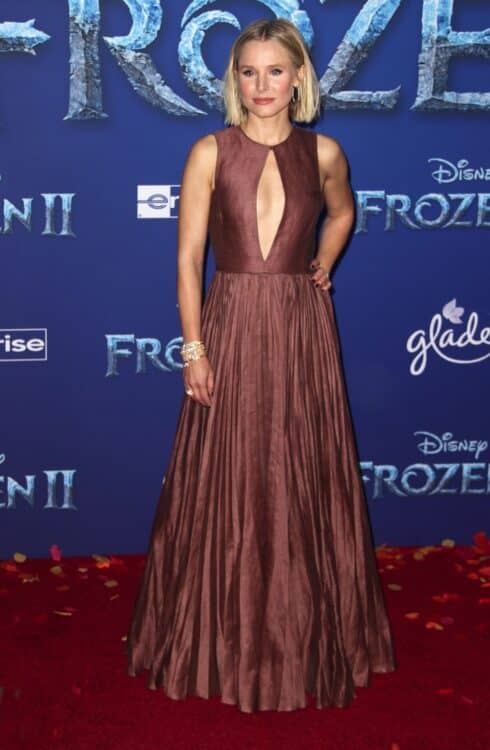 While Idina Menzel and Kristen Bell posed separately on the red carpet they later shared a photo together. 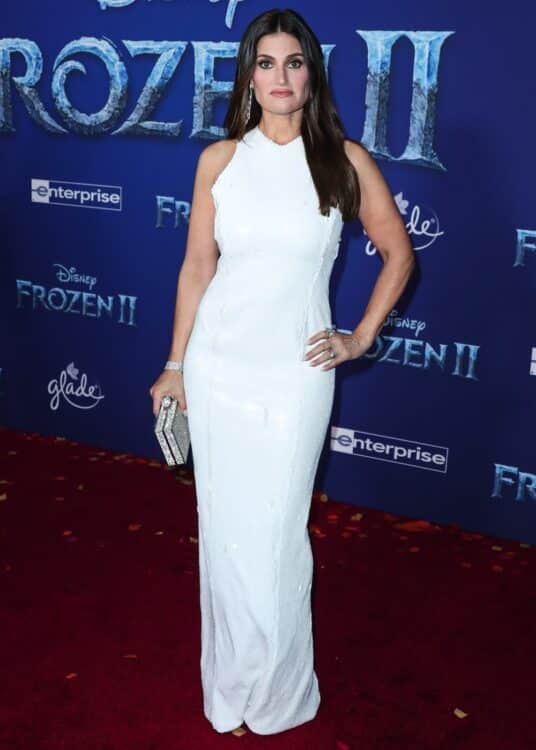 Saved By The Bell star Tiffani Thiessen arrived with her daughter Harper. 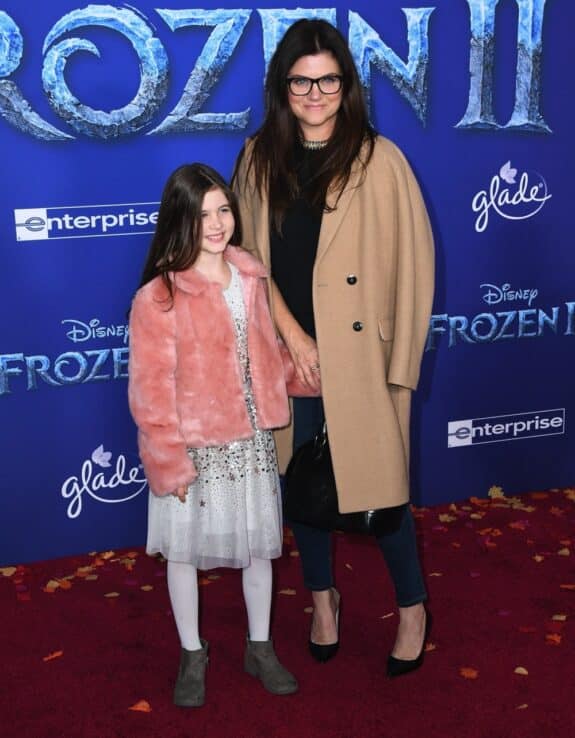 Busy Philipps was all smiles with her daughters Cricket and Birdie. 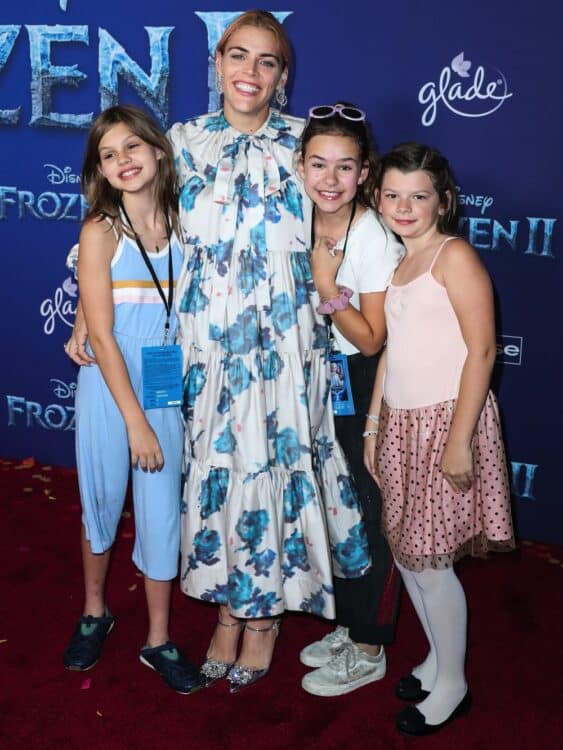 Mama-to-be Teddi Mellencamp attended the event with her kids Slate and Cruz.  Teddi shared, “Such a great night. We have sooooo many new songs we need to play on repeat until we memorize them all! We loved Frozen II; Slate said it best as we were leaving: “I love crying happy tears.” “ 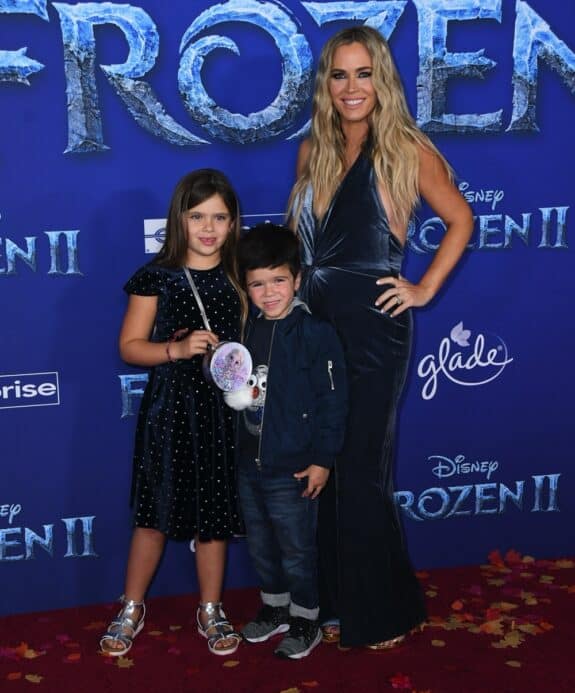 It was a girl’s night out for Molly Sims and her daughter Scarlett.  She shared, “Some people are worth melting for ?????????? #Frozen2 was EVERYTHING & more. We laughed, we cried & we stayed out WAY past our bedtime.” 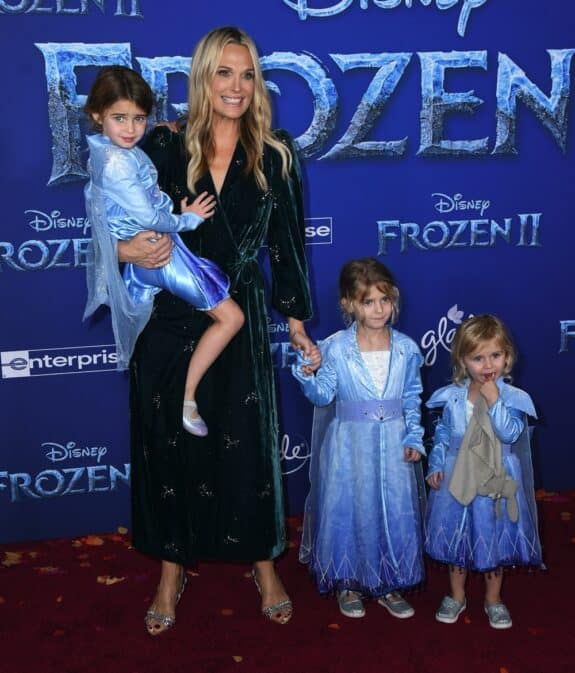 Sterling K. Brown and Ryan Michelle Bathe arrived with their kids Amare and Andrew.  The boys were stylish in matching Andy & Evan suits. 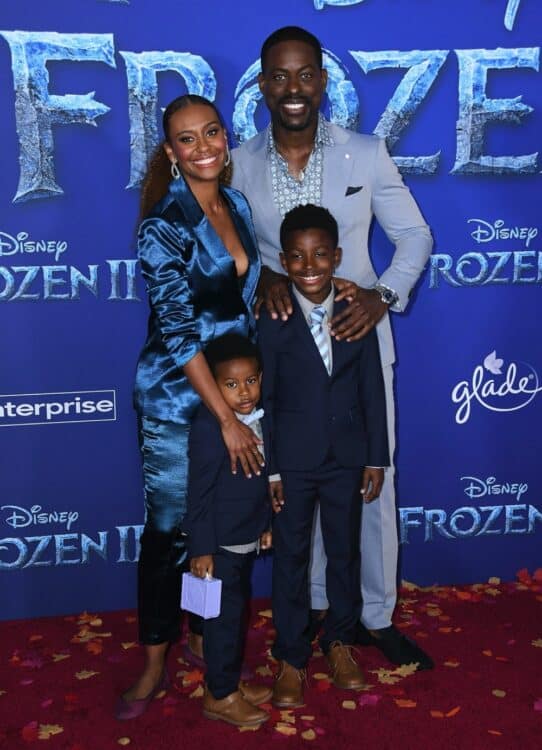 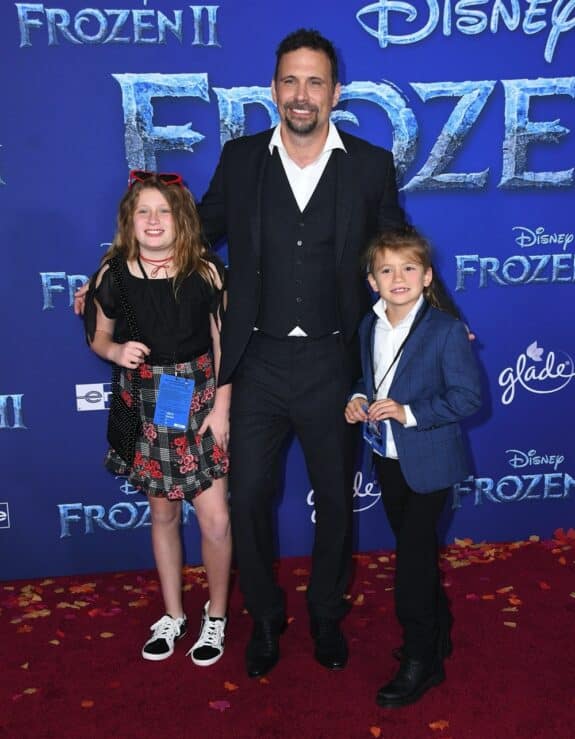 Gracie Teefey and Selena Gomez were twins in Marc Jacobs on the red carpet!  Selena wrote on Instagram, “Hope I’m officially the best big sissy ever now.. she was LIVING her best life!! Frozen 2 was amazing!!! “ 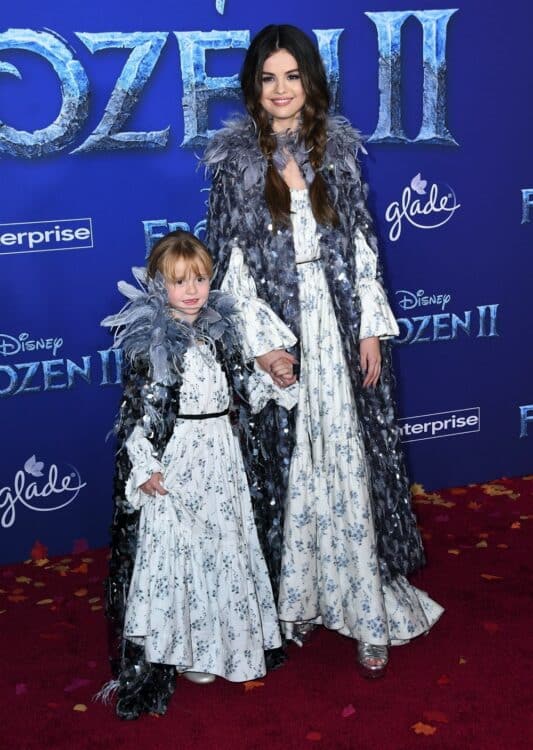 Evan Ross and Ashlee Simpson attended with kids Bronz and Jagger.  The singer wrote on Instagram, “We like warm hugs! Disney’s #Frozen2 was magical!!! Thanks, Columbia for keeping us warm and cozy on the carpet in the new #Frozen2 collection. In theaters Nov 22! ”  Ashlee and Jagger wore the new Columbia Frozen collection jackets. 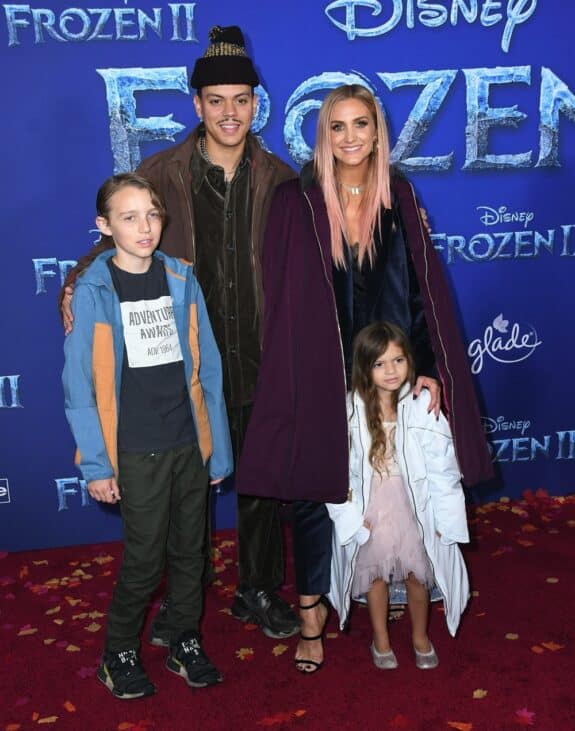 Michael Cameron and Beverley Mitchell were all smiles with their kids Kenzie and Hutton. 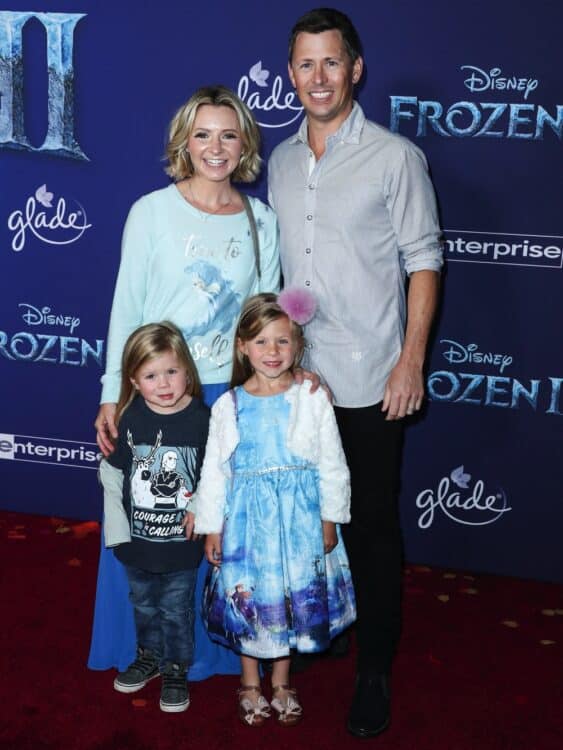 Zadie Windham was as cute as pie with her pretty blue dress and doll while attending with her dad Wayne.

He shared her excitement on Instagram gushing, “My baby stood like a frozen statue and said to me, daddy take this picture. I said do you want to cheese. She unfroze to tell me, no take it like this, and then went into refrozen mode. I love this kid! #frozen2 world Premiere.” 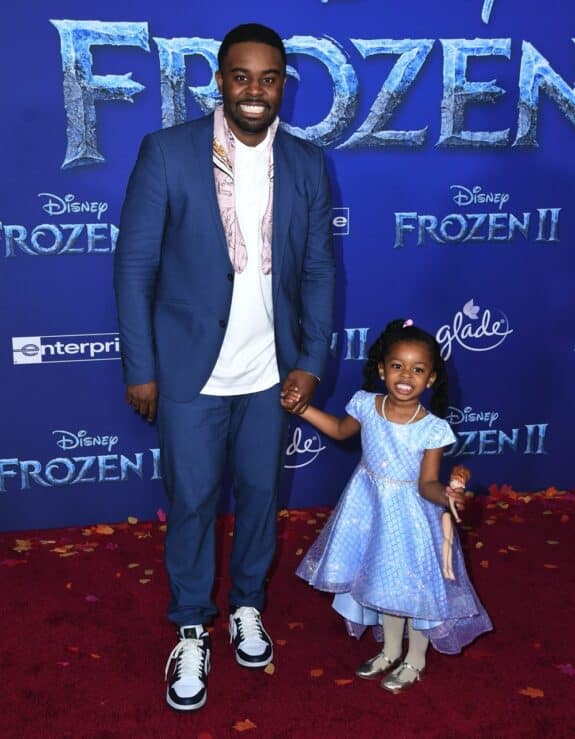