Celebrity moms brought the glamour to the red carpet on Sunday night at the 19th Annual Screen Actors Guild Awards in Los Angeles. 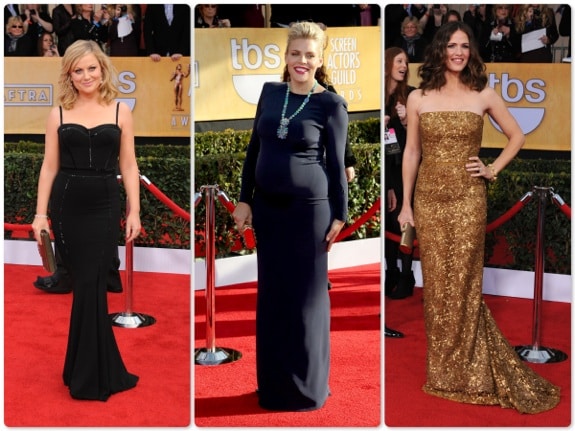 Jennifer Garner was beautiful in a gold lace Oscar de la Renta dress that was accessorized with Brian Atwood shoes and David Webb jewels. The mom of three accompanied her husband, Ben Affleck, whose movie ARGO was nominated for Best Supporting Male Actor (Alan Arkin) and Best Cast in a Motion Picture.  When the film won the Best Cast award, Ben was quick to thank Jennifer and their children for their support.

Claire Danes showed off her curves in a black Givenchy dress that featured a batwing arm and white geo-metric pattern down the left leg.  We are still in awe that she welcomed her son just 6 weeks ago!  The actress didn’t go home empty handed.  For the second time this award season she took home an award for ‘Outstanding Female Actor in a Drama Series’ for Homeland. 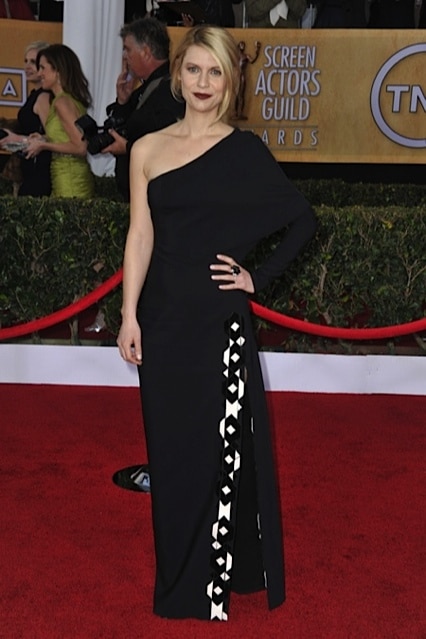 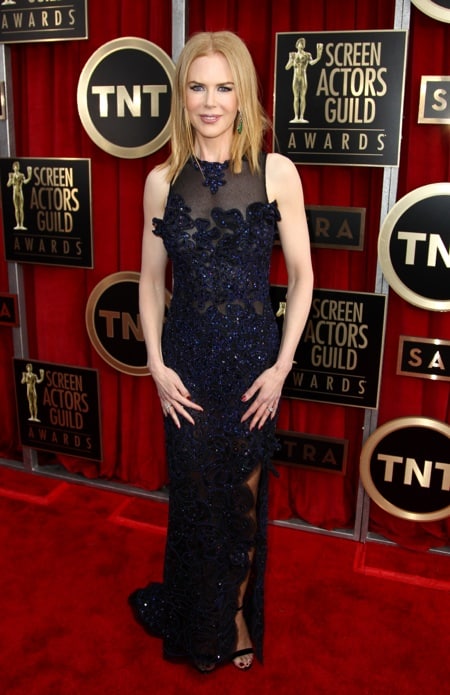 Marion Cotillard’s Dior Couture gown was one of my favorites of the night.  The white and navy combination was perfect on the actress, who was nominated for Outstanding Performance by a Female Actor in a Leading Role for ‘Rust and Bone’. 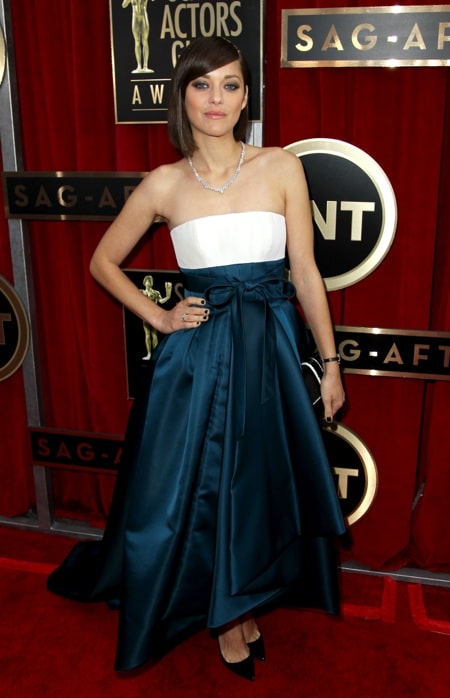