Home » Channing and Jenna Tatum Hit the Market With Their Little Lady!

Now that Channing Tatum has wrapped production on Magic Mike 2 he was back on daddy duty! On Monday the actor and his wife Jenna were photographed out at the market in Los Angeles with their daughter Everly. 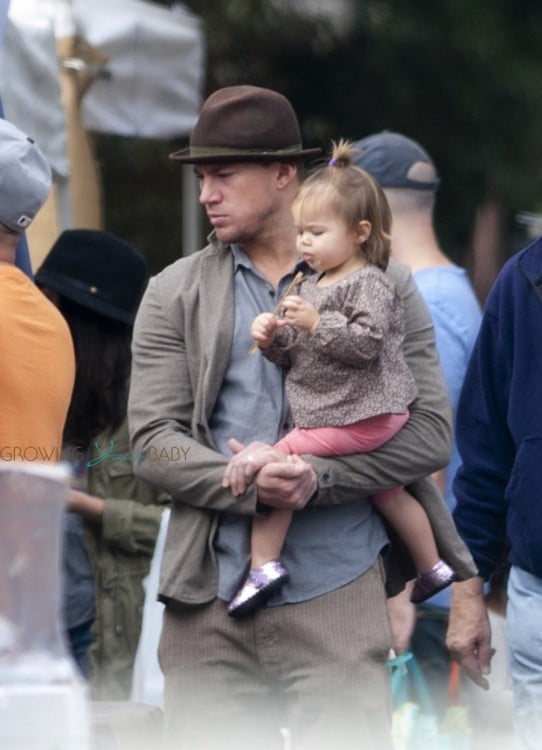 No strollers here! Instead Channing chose to carry his baby girl as they checked out the fresh produce. 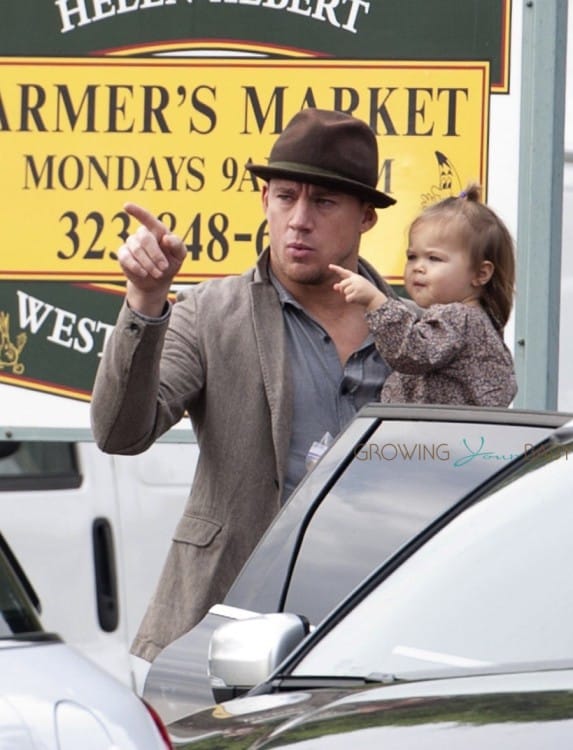 Everly was cute in a Bonpoint top, pink yoga pants and a pair of pink sparkly pediped Delaney shoes!

For the past 6 weeks Channing has been filming Magic Mike 2 in Georgia and North Carolina.  In October Jenna and Everly joined him as he filmed scenes on Tybee Island.

There is, however, no rest for the wicked.  He will begin filming Hail, Caesar! alongside George Clooney and Scarlett Johanasson in January, and is rumored to be working with Quentin Tarantino on the Hateful Eight, which will also start production in early 2015.