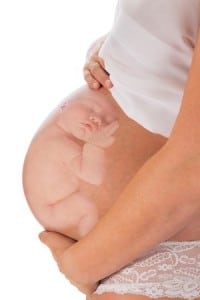 It has been well documented that drinking heavily or smoking while pregnant can harm a growing baby. However, new research has discovered that babies who are born with fetal alcohol spectrum disorder are at an increased risk of impaired gross motor skills. Children who were exposed to alcohol while still in utero had the biggest problems in the areas of coordination, balance, and ball skills.

Barbara Lucas, the study’s lead author at The George Institute for Global Health in Sydney, Australia says, “This is biologically plausible as alcohol is a teratogen which causes damage to the developing brain. Areas of the brain that may be damaged include those which are important for motor control.” The researchers don’t have an exact number of Americans who are affected by fetal alcohol spectrum disorder, which is a broad collection of conditions that affect those children whose mothers drank during their pregnancies.

Fetal alcohol syndrome is the more severe form of fetal alcohol spectrum disorder, where symptoms like abnormal facial features are seen and growth issues are experienced. It is estimated to affect 0.2 and 1.5 of every 1,000 live births, according to the United States Centers for Disease Control and Prevention. Along with her colleagues, Lucas reviewed studies from the past to find out how gross motor skills, like rolling over and sitting up, were affected by alcohol exposure in utero.

The studies they looked over included children all the way up to the age of 18, all of whom were affected by Fetal alcohol spectrum disorder after moderate to severe alcohol exposure while in utero, or with a mother who experienced alcohol dependency problems. They then compared them to children who did not have prenatal alcohol exposure or similar problems. In total, 14 studies were analyzed. Data was combined from 10 of those studies for analysis.

It takes about ten alcoholic drinks per week to be considered a moderate to high level of alcohol exposure to the fetus. However, there has been no safe drinking level established for a pregnant woman. Lucas says, “The safest option is to avoid alcohol.” She also recommends that if problems with gross motor function are found, to seek out a physiotherapist, which is a specialist trained in helping with movement, and can help children to improve their skills.