Surrogacy. In vitro fertilization. Egg donors. Sperm donors. Through these methods, modern medicine and science have made it possible for almost any couple to have a child of their own. Sadly, the laws regarding citizenship aren’t equipped to handle all these variables in child conception. Because of this, some parents (and their children) are finding themselves in a very difficult situation when it comes to citizenship. 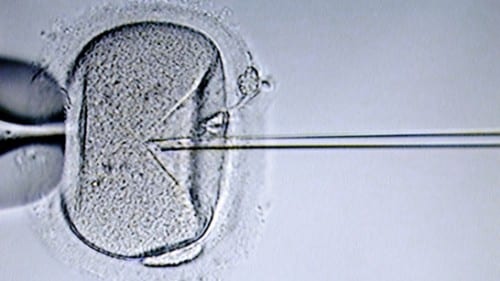 Children born to Canadian parents (either one or both) overseas generally become citizens without question. And those that are born on Canadian soil are automatically considered citizens. But this is about where the laws of simplicity end.

Malkiat Kandola is a Canadian citizen. He married a woman in India. When she was unable to conceive naturally, they turned to IVF. Attempts to use their own sperm and egg failed, and so they opted for donors. Their daughter, Nanakmeet, arrived June 2009.

The happy parents assumed that Nanakmeet would automatically have Canadian citizenship. Her father is Canadian, after all. An immigration officer ruled otherwise; the Federal Court of Appeal recently supported that decision in a 2-1 split decision.

Because the embryo was created using the sperm and egg of others, the child – who is now four – has no genetic connection to her India-born mother (eventually admitted to Canada as a permanent resident) or her Canadian father. Moreover, Nanakmeet was born in India, not in Canada. All of this adds up to one very painful truth under the current laws – Kandola’s daughter doesn’t qualify as a citizen of Canada.

But the Kandolas aren’t the only ones struggling to navigate the laws of citizenship in Canada amidst new conception technology. Sergios Karas, a Toronto-based immigration lawyer, says cases like this are cropping up all over Canada. He’s even heard of cases in which parents have hired surrogates from overseas, only to discover their child does not qualify as a citizen.

“It is a very difficult situation right now,” Karas told National Post. “Science is always running ahead of the law. We now have technologies and ways of doing things that legislators never turned their minds to.”

Even the judge that wrote last week’s Federal appeal court’s majority decision suggested that Parliament consider new legislation to address some of these confusing (and sometimes painful) citizenship issues.

For example, Justice Marc Noel explained to National Post how a child born to non-Canadian parents outside of Canada would automatically be considered a citizen if the sperm or eggs used in IVF came from a Canadian donor.

The policy requiring a genetic link creates “an unequal treatment between children of Canadian citizens depending on the manner in which they were conceived,” he wrote.

Unequal treatment probably doesn’t even come close to encompassing how the Kandolas felt. Both parents had to take turns flying back and forth between Canada and India to look after Nanakmeet, because she was not permitted into the country. According to the couple’s B.C. lawyer, Charles Groos, the child started experiencing “acute anxiety,” possibly from the parenting turntable she was living with.

There is hope for this family though. Nanakmeet was finally able to enter the country. She is now living with both of her parents inside of Canada. Though she is not a citizen, she is now residing as a permanent resident, and she can apply for citizenship in three years, so it is likely that she will eventually become one.