For one couple concerned about a child locked in a hot car, the incident turned even more nightmarish when the mother let out her anger on them, when she ran them down with her car.

The drama unfolded in front of a Dollar Tree store in Longmont Colorado on June 7th.

Shannon Dominguez and her boyfriend Alan Mason found a 4-year-old boy left in a hot car with all the doors and windows locked. The two were worried that the boy could be in danger and dialed 911 out of concern. 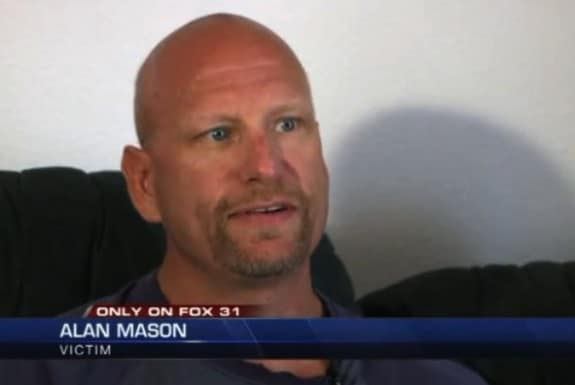 “All four windows were rolled up. And it was in the direct sun. It scares the heck out of me. It’s some innocent child might die,” says Shannon. 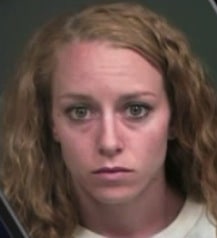 While they waited for the police to arrive, the boy’s mom, 27 year old Kristina Riddell returned to her car and was not happy they had reported her.

“She heard me on the phone with police,” says Shannon.

She threatened to beat them up and punched Alan in the face. The couple was standing in an empty parking space when Kristina got into the car, backed it up and deliberately ran over them.

Shannon was hit first, then Alan. He went over the hood.

“She had her windows down, so I grabbed onto the door. She drug me about 20 feet. I realized she was not going to stop, so I let go. I tumbled in the parking lot,” says Alan.

He suffered internal and external bruising.

Shannon is now confined on a wheelchair with a crushed left leg.

“My tibia has a spiral break. My fibula has three breaks in it. They put a rod in there,” she says.

Doctors fear she may never walk the same again.

Police soon arrested Kristina at her home but Shannon is upset.

“It’s hard. We use to be so active and now I can’t do much of anything,” she says.

However the couple says they would have still done the same thing as it was the child who was actually in danger.

“If it means helping a child, I’d do it in a heartbeat,” says Dominguez.

“We might do it a little different next time, says Mason. “Probably call 911, then leave.”

This is not how good Samaritans need to be repaid.