Home » CPSC Warns: As Button Battery Use Increases, So Do Battery-Related Injuries and Deaths 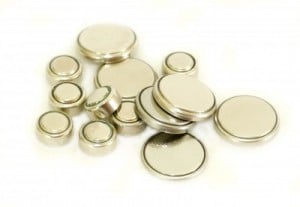 The CPSC is once again warning parents about the dangers of lithium batteries.

These small, coin-sized cell batteries can be found in products in nearly every home in America. From the musical greeting card sitting on the table, to the remote control next to the TV, “button batteries” as they are commonly referred to, are in thousands of products used in and around the home. Young children and senior adults are unintentionally swallowing the cell batteries and in some cases, the consequences are immediate and devastating.

A recent study conducted by Dr. Toby Litovitz of the National Capital Poison Center found that cell battery-related incidents resulting in severe injury and fatality have increased sevenfold since 1985. The majority of reported incidents involve 20 mm diameter, or larger, 3 volt batteries. Occasionally, a swallowed battery will pass through the intestine. Most often, however, batteries that become lodged in the throat or intestine can generate and release hydroxide, resulting in dangerous chemical burns.

Incidents most often involve children younger than four years old and senior adults. In the majority of incidents, children gain access to batteries directly from games, toys, calculators, remote controls and other items commonly left within a child’s reach. Senior adults have swallowed button batteries used in hearing aids after mistaking them for pills.

Parents often are unaware that a child has swallowed the button battery, which makes it difficult to diagnose the problem. In fact, in the recent study, more than 60 percent of reported incidents initially were misdiagnosed. Symptoms resemble ailments common in children, such as an upset stomach and fever, and in some incidents, there are no symptoms at all.

“These incidents are preventable and CPSC is working to get ahead of this emerging hazard quickly,” said CPSC Chairman Inez Tenenbaum. “Our consumer awareness efforts and outreach to the electronics industry are under way.”

CPSC has reached out to the electronics industry and battery manufacturers, urging them to develop warnings and industry standards to address this issue.