Parkland Hospital in Dallas was a buzz this past week after the arrival of a set of quintuplets! 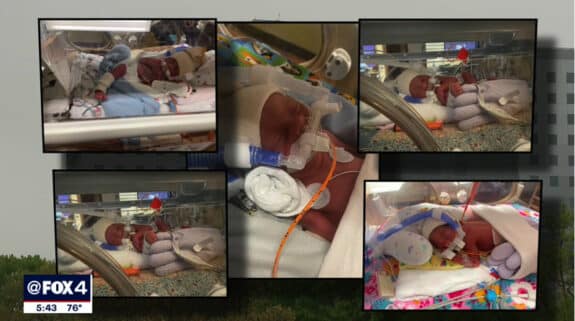 Brenda Raymundo and her husband welcomed the 5 babies on May 17th, after a 3-year struggle with infertility.

Brenda told Fox 4 News she received fertility drugs, but was told the risk of having any more than twins was extremely rare.

At the first ultrasound, however,  they were not prepared to learn they were having quintuplets.

“When they started ultrasound I saw these little bubbles and started counting them there were five. I told the tech, ‘Is that five?’ She was so shocked, I could see it in her eyes, and she said, ‘Yes, there’s five.’ And I started crying because I was emotional,” she said.

The news brought on a mix of fear and joy.

Thankfully, the babies all arrived safe and sound.

Currently, in the NICU, the babies, Alejandro, Humberto, Antonio Leilany, Amara, Ibarra are expected to need extra care for 1 to 2 months. 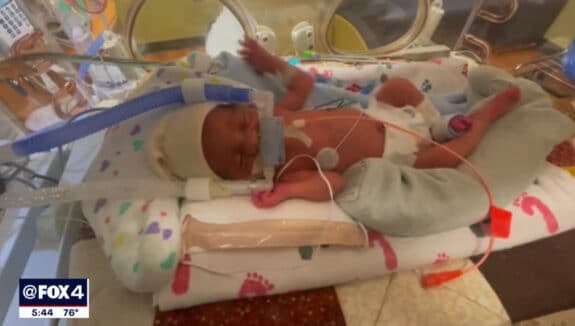 The smallest, Alejandro, was delivered at two pounds 12 ounces. The largest, Leilany, was three pounds eight ounces, which her doctor says is great for quintuplets.

“My parents are really happy, it’s their first grandkids, we are glad they are healthy,” she said.

The journey has been a roller coaster of emotions for the couple.

“When I thought I couldn’t have kids, it was horrible, I thought I would never be able to be a mom. Now that I have five, it is such a blessing,” Raymundo said.

The couple still needs to prepare to bring the babies home.  They will need five cribs and five car seats and the babies will likely go through 50 diapers a day.